The quality of your next Arsenal Fix.

Hello there all, and welcome to what I’m sure we both hope is not a monumental waste of your time. You, for obvious reasons of self-interest, and I, for reasons of self-importance. For what is blogging but a self-aggrandisement of the importance of ones’ own thoughts?

Anyway, onto the real reason for us being here. Therapy.

Lost you there? Let me explain.

Your week starts on a Monday. You arrive at work bright and early, and start with the mails that were sent after 4pm Friday (‘cos let’s face it, who checks their mails after 4?). You suddenly remember where you were on your project last week and ready yourself for the work yet to be done. Only you can’t do it, as the mail that arrived at 16:05 makes it clear that the other thing that was coming up is now an urgent requirement. So you phone your colleague to discuss the work to be done on that ready yourself to get cracking, only the calendar reminder for the first of the 5 meetings for the day pops up.

So, off you go to the meeting. Then the other. Then the other. You look at your phone, and realise if you don’t go down now for lunch you won’t make the canteen before it closes. You rush down, grab a sandwich and get back to your desk. You now start on the thing from this morning, and are 20 minutes into the task when one of your colleagues from the project from last week walks in. You explain the situation, and promise that you’ll have time the next morning for the last few items to be completed. You look at each other knowingly, not willing to vocalise what you both know about the probability of either of you having time tomorrow morning, but that’s tomorrow’s problem.

It’s the end of the day. You’re leaving later than you should, but you’ve sent mails to both teams regarding progress updates / commitments / apologies. You go through the plan for the day to come, check your calendar, groan silently and re-hash the plans for the rest of the week.

Suddenly, it’s lunchtime on Friday. It’s been a frantic week, you’ve made a lot of progress, but not one jot of it was on the original project. Everyone understands, you’re not the only one affected thusly, but that counts for nothing to you. Next week you’ll have it done. It’s close to weekend now and you’ll be able to let it all go for the week that was.

Only, you won’t. You’re not letting anything go because there’s no bloody football. Your Mecca is closed, and you’re going nowhere. You, my dear friend, aren’t going to let it all go while celebrating that goal. You’re not going to leave that project behind swearing at the opposition. You’re going to carry last week into next week, and that week into the week after, because Arsenal aren’t playing and you don’t know how else to let go.

Needless to say, I don’t cope well with the summer.

So how do we work around this? How do we make do? Well, the papers do their best to make use of our frustrations by plying us with (almost entirely) baseless rumours of which genius (or idiot *cough* ANELKA *cough*) that we’re linked with. We sit on twitter and wait for the latest rumour to be rubbished. We know it’s happening, but it’s as close to that weekly fix that we can get, so we happily climb on board. We click those links to journalistic mediocrity, driving the ad revenue and upping the website stats, rolling the wheel along and making sure that everyone loses. 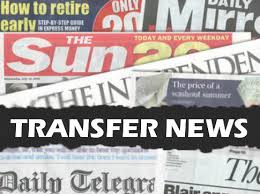 How do these sites lose, you might ask? Well, maybe I’m too much of a purist, but endorsing this click-baiting mediocrity only lowers the overall standard of journalism. The standard of the blatant “join the dots and see what happens” stories we’re being served with currently are only getting worse and worse. The fervour of our viewership is their rubber stamp of “good enough, we’ll consume this.”

Which brings me to the entire point of this righteous tirade. I know that, in these lean and dark times, any fix of the Arsenal is a good enough fix. I know, being one of them, that to say “stay away and come back 2 months later” is one hell of a lot easier said than it is done.

What I suggest, however, is a hell of a lot simpler.

Be open about it. Stand proud and say “this is crap, but there’s nothing better.” This is the world internet, let out your inner troll. Comment on the lack of imagination, poke holes in the idiocy, and speak your native internet tongue of sarcastic condescension when next you read about “Arsenal’s renewed interest in long-term target William Carvalho.”

The key here is we need to change the target of the joke we’re all a part of. We currently sit playing judge and jury on the idiots that tweet/retweet or link/relink or just plain discuss these stories and get excited about them, as opposed to vilifying the click-whoring liars who author these articles to begin with. Right now, we ourselves are the joke. We’re slating one another for having the same need.

So, instead of attacking our fellow junkies for being just like us, let’s take out the dealer for giving us sub-par product. If he knows he has to bring out the good stuff, we’ll be all the better for it, and our next fix will be all the sweeter.

Thanks for reading, and remember, keep it classy Arsenal fans.

I’m a passionate Arsenal fan in South Africa with a penchant for the expletive and a driving need to vilify stupidity, incompetence and reactionary fact-calling at every opportunity.

I’ve been supporting Arsenal for nigh on 10 years now from my far-removed vantage at the tip of Southern Africa, and my life is all the better for it.

My heroes include Abou Diaby (for kicking John Terry square in the face, accomplishing something we’ve all dreamed of doing), Arsene Wenger (for the gift of the amazing football he’s given us over the last 20 years consistently enough for us to feel entitled to it), and every one of the Gooners singing their hearts out on match-day, no matter the performance (I’ll join them some day).

Can this squad make the final push even without additions? Yes if we find the extra 15 Goals
It is time for Oxlade- Chamberlain & Wilshere to force their ‘Home Grown’ talent into the Arsenal team in 2015/16