Our first big game of the season has finally arrived and it’s Chelsea at Stamford Bridge.

This will probably sound smug, especially in the light of our midweek demoralising defeat, but I don’t think we’ve been better suited to beat Chelsea in the league for a long time. The reason is simple: their atrocious form.

What you probably don’t know is that Chelsea conceded most shots on target this season: 38. In simple terms, they average almost 8 shots on target (against) per game. Barring Azpilicueta, there is no defender on form right now. Ivanovic, Terry, Zouma and even Cahill are far from their best. Same can be said about Matic, Cesc, Hazard, Costa etc. etc. It’s easier to count those who are on their game, but it looks like two of those will miss the clash: Willian and Pedro.

Pedro out for Chelsea?

But I got a bit sidetracked here. The point I was trying to get across is not so much Chelsea’s bad form overall, but rather their horrible defensive record this season. Arsenal, meanwhile, has one of the best offensive records.

Before you scream at me: “But we only scored three goals!”, I’ll elaborate on what I meant: we are poor finishers (for now), but excellent creators. We top the league in chances created (87), big chances created (17) and shots taken from prime positions (33) (these stats courtesy of 7amkickoff). Finishing is the easiest problem to address, so I’m sure we’ll get better in this regard as the season progresses.

But what’s even more interesting is that Arsenal has one of the best defensive records, with just three goals conceded, while also restricting opposition to 3 big chances and only 9 shots from prime positions. We are third in the league, which is about where we deserve to be, however, it’s easy to see where, how and why we have the potential to improve. And now onto the game itself. 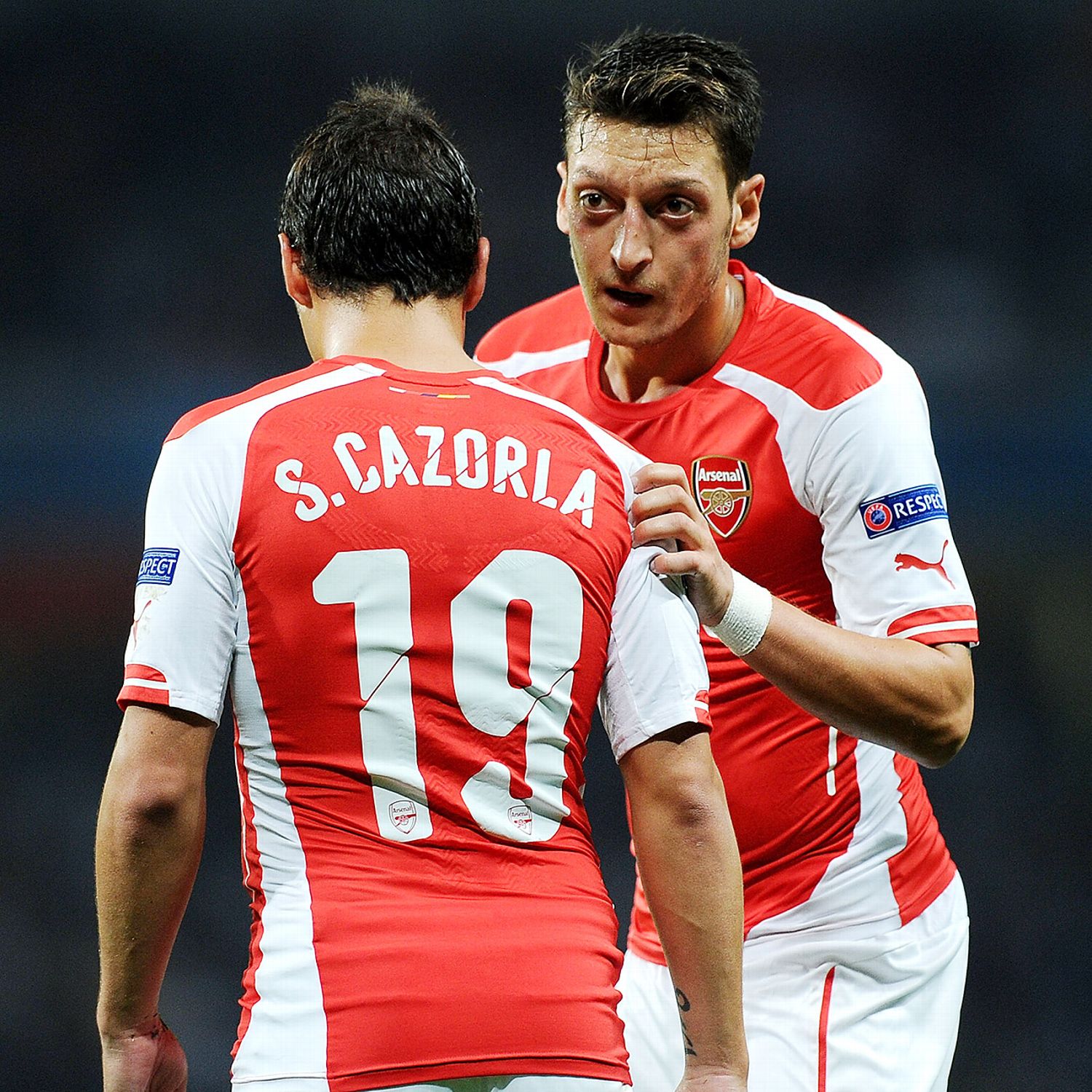 “We have no injuries and we left Ramsey and Bellerin behind [for the Zagreb game]. They integrate into the squad again. Mertesacker may still be a bit short, I have to decide that today (Friday).”

That’s that, basically, though I regret dearly we have neither Welbeck nor Wilshere to shake things up from the bench at least. This is especially relevant since Arteta, our only midfield option, played 90 minutes against Zagreb, while Oxlade and Campbell hardly grabbed their chances to stake a claim at the starting spot.

I also wonder whether we can find room for some youngsters on the bench, strange as it may seem. Not necessarily tomorrow, I’m talking in general. Shame we don’t have Akpom or Gnabry at hand, but we do still have Iwobi and Jeff. The former looks a particularly tasty option for me, as I was hugely impressed with him energetic display against Lyon. Iwobi looked powerful, fast and every bit as able as the seniors who surrounded him. Hope we’ll see him in action against Spurs in the cup.

Cech, our full-backs, Aaron Ramsey and Francis Coquelin will, and should, all come back straight in. Apart from maybe Debuchy, their stand-ins did little to convince they are worthy of a starting place.

From where I am standing, there are only two real dilemmas for Arsene Wenger: Mertesacker/Gabriel and Giroud/Walcott. Regarding the German it looks like he’ll be a bit short, so I personally wouldn’t risk him. No need for him to have the first game of that intensity after a month’s break, especially since Gabriel is performing admirably. However, Wenger was full of praise for Per, something that may hint he’ll return sooner rather than later:

“He has a lot of class on the pitch and after the game. He is well respected, also in the dressing room, because he is always 100 percent committed and gives everything for the team.

Every day he works with 100 per cent commitment. They are typically German qualities but even more typically Mertesacker.”

The Big German is back!

As for striker, Arsene said he’ll make a late decision on that front:

“At the moment I must say that is a decision I still have to make tomorrow morning. I try to use the best solution that gives us the most efficiency offensively.

Every game is different and that is why I don’t deny at all the quality of Walcott. I am very happy that he scored so many goals in so many starts. He shows as well that when he comes on, he can score as well, which he did in Zagreb.”

Might he be playing little bit mind games with Mourinho? Oh the sweet suspense. Mourinho is probably pulling his hair out as we speak, not knowing which central defenders and approach to use because Giroud and Walcott are so vastly different. But then again there’s a suspicion lurking at the back of my mind Mourinho wasn’t being honest regarding Pedro’s and Willian’s availability, so we are going to see whether he likes the taste of his own medicine.

Predicted line-up: Cech – Bellerin – Gabriel – Koscielny – Monreal – Coquelin – Cazorla – Ozil – Alexis – Ramsey – Walcott
As for our approach, it’s difficult to say what we might do. We are used to dominating possession and space against The Blues, but that’s because they allow it, knowing we are unlikely to hurt them this way.

However, we showed willingness to cede possession in the Community Shield. We started brightly, dominated the game, scored the goal and then gave the ball away. This approach proved efficient in the extreme, as Chelsea failed to break through our organised defense, while we got brilliant chances to make it 2-0 right at the death, catching Chelsea on the counter.

And I suspect we might adopt this approach from the off at Stamford for several reasons:

However, knowing Arsene Wenger, I won’t be surprised if he adopts the usual domination approach.

Cooking something up, Arsene?

Zagreb game may be a different competition and it may not hugely affect what we do on Saturday, but it was still our last game, one which we lost. Thus we need to bounce back. A win is probably the only way to do that.

As always, I believe we have what it takes to win. This feeling is somewhat reinforced by Chelsea’s recent league travails, but only so much. It is the Premier League, it’s Chelsea we are talking about, they will be hell-bent on beating us and they also have the quality to do it. They are the reigning champions, after all.

Here’s hoping we can what needs to be done. Come on you Gunners.

Back with a review

Ramsey, Chambers and Coquelin kick start the Rugby World Cup! – Prepare to laugh :)
Stoke, Zagreb, Giroud, Arteta and Chelsea up next – The Arsenal week in perspective