The silly season is upon us again and the result is fans being treated to transfer rumours of varying credibility almost on a daily basis. We all know the holes Arsenal need to plug this summer (one we already did), but we are still some distance off having a complete squad. My conviction is that we need a striker (hope possible Vardy’s acquisition solves this issue), at least one winger (Mkhitaryan anyone?) and after that a right-back, left-back and a keeper depending on who leaves the Gunners. I suspect at least Gibbs will, seeing how often names of potential LB candidates popped up in the same sentence with Arsenal.

However the (almost unanimous) cry from our fans for a centre-back seems a bit blown out of proportion to me. So I decided to take a look at our current options and see whether such a longing is justified.

I’ve started with the Frenchman for two reasons: he is our most consistent central defender and rumour has it he’ll likely become our new captain. As I doubt highly Wenger wants another non-playing gaffer, that pretty much makes Kos a mainstay in the team.

That being said, Laurent hasn’t been flawless this past season. He didn’t do bad, but he failed to reach the heights of his previous 2-3 campaigns. The reasons for this can be many: constant rotation of CB partners, less protection offered from our central midfielders, or even age. I sincerely hope it’s not the latter, but we can’t completely count out such a possibility. Kos relies on speed to be good at defending, once he loses it, I’m not sure he’ll adapt. As he is 30 already, the chance of this happening in the next 2-3 years is very real.

I’ve noticed another trend from Laurent I didn’t like: the Frenchman’s level of performances dips when he is wearing the armband. I hope it’s more to do with Gabriel playing alongside Kos on these occasions, because if it’s the weight of responsibility getting to Laurent… Well, for starters, we won’t be able to make him captain.

Per was our first-choice CB at the outset of the season. He suffered from an illness for a couple of weeks, but then was rushed straight back into action.

That caused a few raised eyebrows. Gabriel was doing grand and his omission looked a strange decision. Nevertheless Per was in and out of the side in September and October, before cementing his place in November.

Our towering vice-captain remained the go-to partner for Koscielny until February, when he was dropped after the home loss to Barcelona. Per never fully regained his place since then, despite a truly horrendous run of form from Gabriel.

And this makes we wonder what plans Arsene has in store for the German. To me this whole thing looks like Mert won’t be a regular next season. Indeed, that’s why Kos is tipped for captain and not the German, despite the armband finding its way to our vice-captain after the captain himself left on three previous occasions. I even wonder whether Mert will still be a Gunner at all next year, that with his contract running out in 2017. Maybe we’ll want to recoup some of the money we paid for him back in 2011. 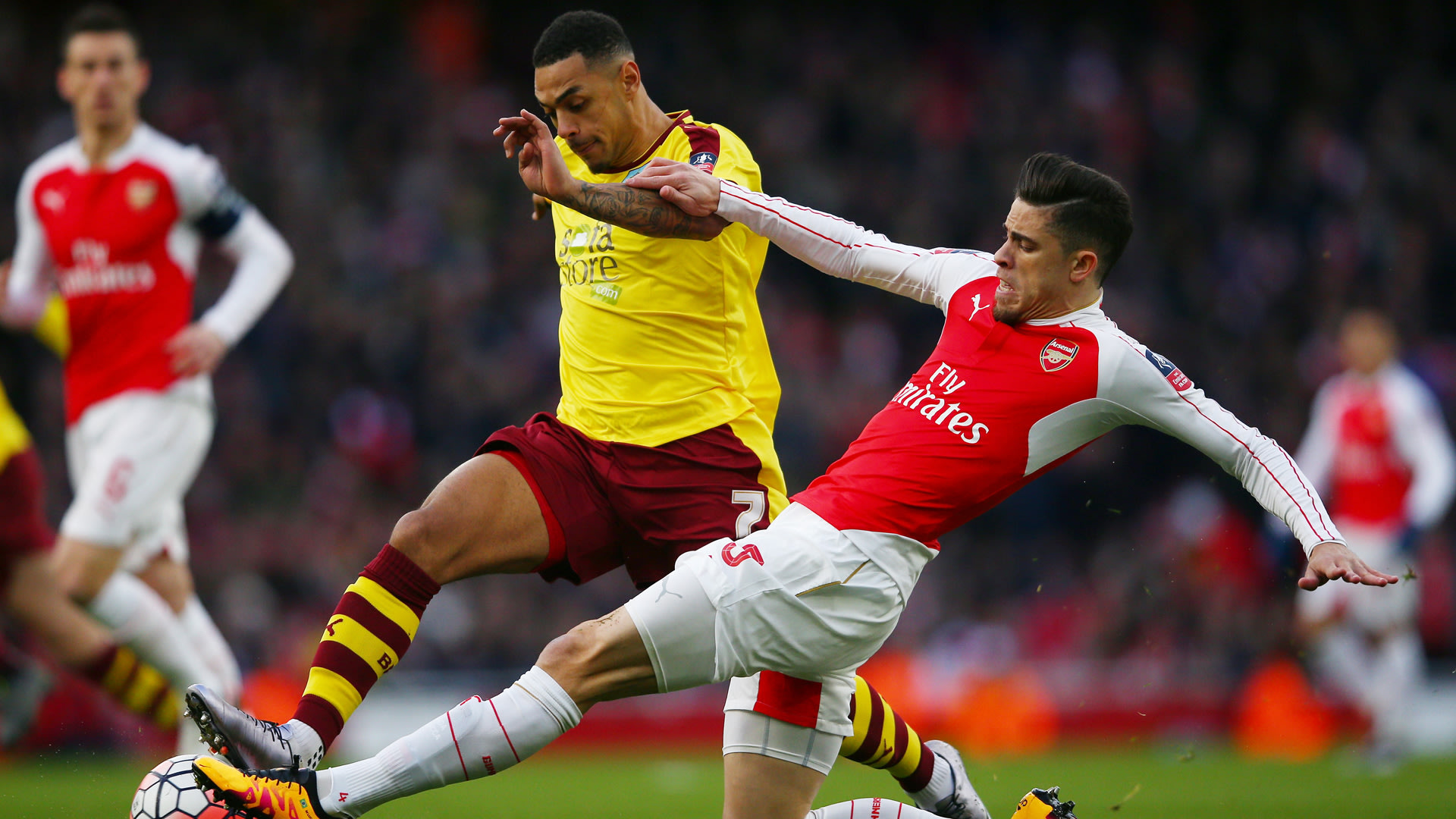 The story of Gabriel’s season is the reverse story of Mertesacker’s season: the Brazilian played a lot in autumn, got benched after the 5-1 from Bayern, but regained his place in February after we lost to Barcelona.

However the defender who showed a lot of promise at the tail end of 14-15 campaign and in during the early stages of 15-16 put in a truly horrendous string of performances from February all the way down to May. Indeed he was so bad many Arsenal fans gave up on the Brazilian and demanded him to be sold.

I think such drastic measures are premature. As you may well recall Koscielny was awful when he joined us. He played a lot in his debut season, but the quality of his performances was well below-par. I think the Frenchman only buckled this trend in his 3rd season with Arsenal.

Gabriel seems much like Koscielny to me. His prolonged adaptation to English football is exacerbated by the fact he hasn’t mastered the language yet. There was a Q&A thing on dot com featuring Gab and Ospina not long ago and Gabriel talked to our goalie in Spanish. It’s indicative.

I like Gabriel a lot. I think he will develop into a top-notch centre-back given time. He has the raw ingredients. He is fast, strong, quick in the challenge. He comes across not only as a no-nonsense defender, but one who derives great pleasure from the art of defending. At this point in time I wouldn’t give up on him definitely, though if there’s no marked improvement from the Brazilian during pre-season, I wouldn’t advocate using him as first-choice.

I don’t know what has happened this past campaign for Calum to feature so little. I had no qualms about the young Englishman not playing in the 2nd half of last season, having clearly been overused in the 1st half, but I am baffled at his continuous exclusion from the squad in 15-16.

Calum only started 3 league games this past season, and only one of them at centre-half: that game vs Liverpool in mid-August. His other two starts happened in December and January, both in the holding role alongside Ramsey.

I’m not sure why the Englishman played so few games. Barring that first half vs Liverpool he did good when called upon, stellar on some occasions. I’m all the more surprised at Calum’s lack of on-field time given Wenger’s jiggery-pokery at centre-back. Both Gabriel and Mertesacker haven’t been flawless and Chambers showed last season he is suited to playing alongside Koscielny.

Will the Englishman be given more time next season? I’m not sure and this makes me sad. Xhaka’s acquisition makes it nigh on impossible for Chambers to have another shot at the holding role, while using him as back-up at right-back would be a waste of his talent. Not the least because Calum isn’t a natural full-back.

That leaves us pondering whether he can cut a more prominent figure in the position of his choice (e.g. centre-back) and, given Mert’s reduced role and Gabriel’s floundering, I’m quietly keeping fingers crossed Arsene will look in Chambers’ direction. I won’t hold my breath, though.

Right now we seem to be doing alright on the quantity side with 4 central defenders, however there remains the question of sufficient quality. Mertesacker is likely to be on his last legs and I won’t be surprised to see his on-pitch role reduced even further. Gabriel is a walking calamity and may prove too big a gamble in a season when we’ll again try to win the league. Chambers appears to be out of favour. Even Koscielny didn’t have a perfect campaign.

Hence why I wouldn’t be too surprised to see another centre-back join us. I won’t even bat an eyelid if this centre-back is a ready-made product, like Benatia.

It’ll be interesting to see how things develop, all in all. While not our weakest link or even not the most pressing need, central defense department could probably do with some fresh faces.

Over and out from me for now.

The Ties That Bind: Chance Encounter with an Arsenal Hero
5 Gunners help get their teams 10 points: a look at the first days of Euro 2016