Why are we poor away from home?

For me, it’s a no-brainer. There has been much understandable and legitimate debate amongst fans about this, and for me, it just stems from our tactical and psychological weaknesses.

Our overall record at home is strong. I do not have exact stats to hand but I’d guess we’ve won 60% or more of our home league games at our ground. And I’m sure the percentage at Highbury was high also.

Moreover. we have technical players who are used to this setting and perform best when they’re comfortable. 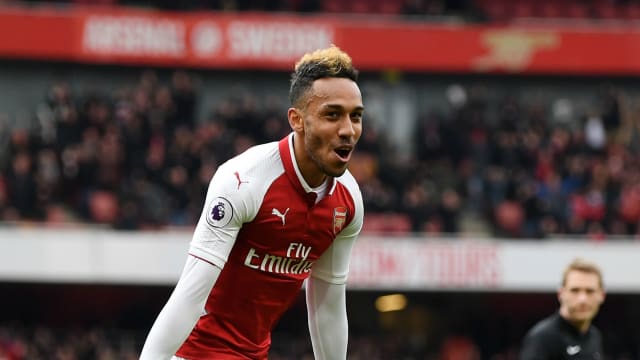 One reason why we’re good at home…we have PEA..

This is why despite being poor vs. Stoke we still won. The same is true of the Southampton game.

Very few other teams can match our technical skills and this why we can get the better of them accordingly.

Now, our away from is….well pretty different.

Troy Deeney’s comments were crassly said but on the mark. And to cite an old saying the truth hurts. We truly don’t have the cojones.

We know, we’re soft. We know we can be bullied. And we know we don’t like it up us.  Deeney was right to say whether did. But he said it in the wrong manner and tone

And if Deeney can say what most are thinking, then it’s very telling.

Kane and his lillywhite scum….

It’s this near ubiquitous view that we’re weak and pussies that stops us in our tracks.

In 2018, our away games follow a similar pattern. We start well but then fade away. At Bournemouth Swansea, Spurs, Newcastle, and Brighton it’s been the same. We’re just not mentally primed to do well.

It’s clear that there is something occurring that prevents us from sustaining a high level in all games. It’s either a lack of fitness or a lack of heart and fight. I tend to believe it’s the latter.

It is the surroundings point, though in reverse. Other teams, naturally, are confident in their surroundings, and they use that to their advantage.

Wenger does change formations somewhat. But then our midfield balance is poor and other teams exploit this. Xhaka, Wilshere, Elneny, and Ramsey are all good players. But they cannot physically match other top midfielders. Part of our issue is that we get outmuscled too often. We don’t afford much protection in the midfield, or for our defence.

Concerning the defence, I believe we have not seen much coaching, and we’re dearly paying the price. This lack of structure means we can use our attacking flair to the fullest of our ability. But outside of that, we don’t have what it takes to win in in unfamiliar circumstances.

An additional point is that there is a difference between tactics, formation, and style. Even when we change formation, our style is still a highly technical one. We seldom press our opponents or even be direct when transitioning from defence to attack. Because of this, we’re easy to suss out, and other managers have even alluded to this. “Big Sam” Allardyce has, as have Mourinho and others in recent seasons.

And as we often play sideways football in attack, teams know they can just sit and absorb this, and play on the break.

How do we solve it?

The simplest way is to change our tactics or more simply our attitude. Possibly we can experiment with Chambers in midfield alongside Elneny. Or utilise a 4141 or a 433.

We did well at Chelsea in September 2017 by essentially parking the bus. We’ve shown on occasion that we can be resolute and strong when required. And with other team facets, it’s nowhere near as consistent nor sufficient enough.

It’s apparent now that teams exploit our weaknesses and we don’t possess the tools to cope.

If anything, the points Deeney said should be seen as a blessing and not a slight. It should be representative of what we need to do to improve and be the team we want to be.

In short, we know we’re weak and that we get bullied. It’s up to us to find solutions to that. If not we may not win another away game until 2018/19. Huddersfield, Manchester United, and Leicester won’t be easy, and it’s imperative that we find some resolve prior to those games.

Our poor away form is just an evolution of the same issues we’ve had for years. It’s sympomatic of an inherent mental weakness, and a culture of directionless at the club.