If Ramsey leaves, can it hurt Arsenal?

Aaron Ramsey is a player whom I like a lot.

Yes, he scored two FA Cup final winners for us, against Hull City and Chelsea respectively.

However, he is yet to sign a new contract, and could well leave us. Even as a well-liked player amongst us, is this a bad thing necessarily? I don’t think so. It’s not to knock him, nor his contribution to the team over the years. But there are ways we can cope in my view. 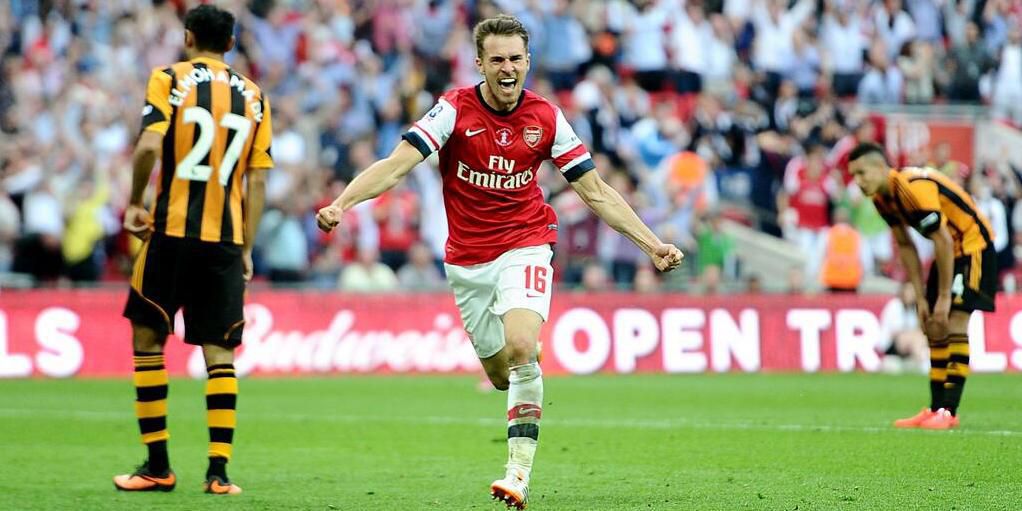 Fit and the other top six

The other top six don’t really have players in Ramsey’s mould, but do fine enough as it stands in midfield.

Liverpool has gained Keita and Fabinho, whilst Henderson is a long-time player and World Cup semi-finalist no less. Spurs have a good balance, in fairness to them, with Dembele and Dier. United has Pogba, Herrera, and Matic, whilst City possess Silva, de Bruyne, and Fernandinho.

There is talk that Kante may leave Chelsea, but he is a recent World Cup winner, and arguably the best box to box mid in the world.

Ramsey is also box to box, but not in the same type as Kante. Kante isn’t just a destroyer, but is adept at short-passing, and can contribute occasionally from long-range.  Ramsey isn’t a ball-winner like Kante, and his main strength is scoring goals and contributing in attack. In several ways, he’s similar to Frank Lampard, as a mid who can score goals and occupy the opposition’s penalty area.

No team can never score too few goals. But considering we’re changing our midfield balance of late, with the additions of Torreira and Guendouzi, and the links to Nzonzi, is Ramsey potentially surplus here? The other top six have a mix of capabilities, from playmakers, to strong box to box mids. As we’re going the same way, Ramsey as a goal-scoring/attacking mid may not meet this balance.

Wilshere and the “winning years”

Many of us loved Jack, and he can do well at West Ham. However, Emery did say that whilst he was willing to keep him, he wanted to go in a new direction in midfield. So he may not get first-team football regularly.  If Ramsey does leave, then it could symbolise a similar (but not exact) theme to Wilshere.

The midfields of the past few years were pretty imbalanced. Take a three featuring Wilshere, Ramsey, and Xhaka. On paper, this was our strongest starting line-up. But then Wilshere liked to get forward, as did Ramsey. Xhaka is progressive, in the sense that he can sit deep, but look up to see runs and provide balls. By his own admission, he is a “false” number 10.

So there were no mids whose job it was to sit back, or at least provide stability. Elneny could, but he’s not especially physical. His role is to keep moves happening, and provide links in build-up play. He’s not like Kante, Dembele, or even Torreira. Or Vieira or Keane from years back.

Emery has said, in contrast to Jack, that Ramsey is a key part of his project. However, the major similarity here is that Ramsey leaving could signal a new direction, like Jack’s departure did.

In the “winning years” of Wenger, a primary reason for our success was the midfield. Vieira, Petit, Gilberto, Edu, etc. all were tall, physical, and also good players of the ball. They provided strength, physicality, and technical skills, that few could match. Vieira and Keane were the top dogs in midfield for a reason – Few others could match their abilities in heart, passion, but also passing and technical capability. Scholes was a very good midfielder, but not as physically strong as Keane. Gary Neville and Keane have both said that the size (in raw physical terms) of our midfield was a major psychological barrier in facing us. Yes, their teams did beat us on some occasions.

1996-2005 was a long time ago. Nonetheless, it still remains a key facet of football that whoever controls the midfield, in both a physical and technical sense, more often than not wins games. We see this with Barca (Rakitic/Iniesta), Real Madrid (Modric/Kroos), and City (de Bruyne/Silva). Ramsey leaving could herald a return to the old style, or at least a style utilised in many other teams now.

Ramsey’s going could echo Wilshere’s, albeit in differing circumstances and factors.

Ramsey does get goals, for sure. But we have a prime world-class striker in Aubameyang, and Lacazette is no slouch. Mkhitaryan can contribute as can others. If Ramsey does leave, it doesn’t mean our scoring prowess will or can diminish.

To use other top teams as templates, most of their goals come from their forwards. Salah, Firmino, and Mane were Liverpool’s top scorers of late. Kane and Alli have been for Tottenham. And Suarez and Messi has been for Barca. It’s often said that good teams need to spread goals around, but this truism is less true (as it were) these days. Even years ago, Henry’s goals were another primary point in our success then.

Defending is our weakness, or has been over several years now. This will come via not only more or better defenders, but structure, coaching, discipline, and accountability. With many goalscorers in the team, retaining Ramsey for this purpose alone may not suffice.

Should Ramsey stay, then he may play in a more advanced role. He can track back and aid pressing, but then his true skills are joining attacks.

I can envisage these formations:

As can be seen, in the 433 Ramsey can join in the front three when required, and possibly be part of the general midfield press, as well as the attacking press that Emery likes to implement.

In the 352, he can again join the attack, and be part of the midfield press.

As a high-energy player, he can excel better in this system. He would have the energy to hassle opponents via the press, and also score goals.

Do I want Ramsey to stay?

Yes, I do. He gets a lot of stick, and in some ways warranted. Despite the initial promise he showed, he has done very well to  come back the horrific injury at Stoke, and in his place I would privately revel at them being relegated.

But in spite of his standout 13/14 season, he has perhaps not hit the heights he should have. He can, if he stays.

Moreover, I don’t deem him an Arsenal legend. Yes, he scored FA Cup Final goal winners – twice. But his form other than this has been very sporadic, and I guess it depends on how one defines legendary status. Wright, Henry, Bergkamp, Seaman, Adams, Sansom, Dixon, O’Leary, etc. are all legends since season in and season out, they gave it their all. In terms of performances, we have no finer keeper over the long haul of Arsenal history than Seaman. Wright and Henry, in goals and performances, are our two best strikers. Is there a player in raw technical ability in Arsenal history superior to Bergkamp? Ozil and Cazorla are/were close, but nobody touches Dennis in this sphere.

A legend for me is somebody who has above and beyond all others had better ability or output for a club. The late Best, Scholes, Robson, Beckham, Schmeichel, Rooney, etc. are all Man United legends. Rush, Dalglish, Gerrard, Barnes, Nicol, Souness, etc. are all Liverpool legends. Kane, dare I say it, is a Tottenham legend, even though his trophy haul for that lot is hilariously nil. But then who else has scored goals for them lot to his level? Greaves? Lineker? And they were both there decades ago. Ramsey for me, hasn’t been as regular as he should have been, and thus is not a legend in my mind.

But he can be, and if over the next 4/5 years he can score regularly, he can be an Arsenal legend.

As for cup final winners, he can stay and score a Champions League final winner. That would be worth legendary status alone….

Positives, Needs and Hopes…. Arsenal overcome Lazio with great introductions for Torreira and Lichtsteiner
Emery may have inherited a mess – but Arsenal is our beautiful mess, and I’m excited for the season ahead

3 Responses to Could Emery take Arsenal in a new Direction if Aaron Ramsey leaves and where would he play him if he stays?