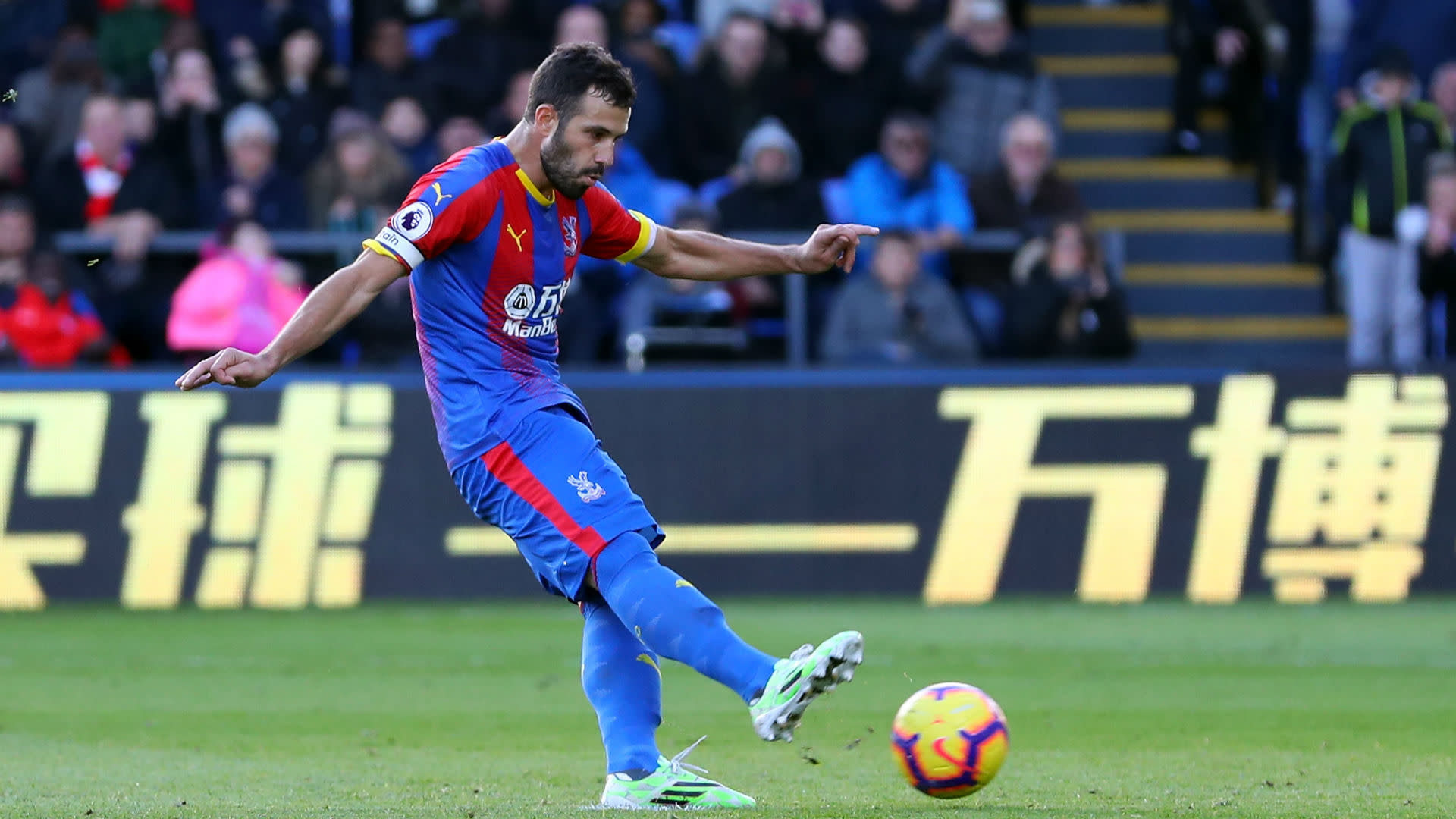 This was a real blood and guts game.

Palace had a game plan, and this was to rough up, tackle, press, and hassle us. And it worked for them, largely. They were not high up in the table, however, they hadn’t scored a goal before today at home. And they needed the win. A seasoned manager like Hodgson surely had to come up with a game plan, and he did.

The line-up was pretty sound, as Aubameyang and Lacazette started with Torreira and Guendouzi in midfield. Leno was chosen over Cech, and Iwobi continued.

The first half was pretty even, with Palace being physical, and holding chances with Zaha and Townsend which they narrowly missed. Bellerin had a good chance in their box, but took too many chances overall.

Mustafi made contact with Zaha in the box, but Zaha essentially dived, since the contact whilst evident was minimal and not excessive. They did get a penalty though, as Mustafi again was involved. Palace got a set piece and the loose ball was picked up by their forward, and Mustafi went to ground and ran throw him. Milanjonvic scored Palace’s first home goal this season, and they were worth the lead. We didn’t play badly, but Palace showed more fight when it counted.

The second half saw us show more impetus, and Xhaka scored a wonderful free-kick from our right. He curled the ball around the wall and into the far post, and whilst their keeper got a hand to it, there was no chance he could save it.

We got a second via controversial circumstances. We had a set piece to our right again, and Lacazette looked to handle it briefly, leading to Aubameyang tucking in from the back post. The line computer, as it were, said it was in and we fully capitalised on our early first-half dominance.

Bar the free kick, Xhaka gave away a bad penalty.

Palace had some other chances via Wickham, but they got a penalty towards the end as Zaha went past Xhaka but our man used his lower torso/thigh to bodycheck him. It was a penalty all day long, and Milajanovic converted it again.

Our winning run has come to an end, but it can resume vs. Blackpool, and maybe Liverpool too to come.

A draw was a fair result in my view.

Palace’s game plan was self-evident, in that they physically matched us, and it paid off in large measure for them.

The positive though is that we were able to handle it, no less due to Torreira and Guendouzi’s presence, and our attackers who were quick to recover the ball.

Ozil was not as explosive as he was vs. Leicester. But then our attackers were not as creative as they were in the previous league match. Lacazette was muted, and Aubameyang, despite his goal, looks lost on the wing. It’s a wonder and a marvel that he’s not playing in a central position, but at this moment is outscoring Harry Kane. His Golden Boot push is truly on.

Moreover, Torreira handled their roughness, but Iwobi whilst taking the ball to them, but then his end product wasn’t as stellar as in recent games.

Welbeck came on, as did Ramsey, but neither affected the game massively.

It wasn’t classic Arsenal, nor sexy football, on show here. But it was a fair point, considering the strength and passion Palace showed. Our attacking players were not on it, and the positives were that we matched it, and were able to get in front despite going behind.

Leno – 7 – The goals weren’t his fault, and the penalties were well-struck. He managed his box well enough.

Bellerin – 6 – Got forward well, but fluffed the chance he had in the mid-first half

Holding – 7 – Looked strong throughout and managed their attackers well

Mustafi – 4 – Had it not been for the penalty, he would have scored higher. There was no need to go to ground there, and he seemingly has an inherent trend of defensive rashness.

Xhaka – 6 – Had it not been for his penalty concession, he would have scored higher. Not playing in his proper position, he looked comfortable throughout but was very rash in the challenge on Zaha.

Iwobi – 5 – Not outstanding, but not rubbish either. Looked to get forward, but his end-game wasn’t as good as previous games.

Aubameyang – 7 – Looks lost on the wing, but managed to get into position to score. If he played as a prime centre-forward, he would be scoring many more.

Lacazette – 4 – Looked jaded, and didn’t get in many attacking positions.

Ozil – 5 – Not as stellar as per the Leicester. Didn’t play badly, but did contribute in the midfield pressing/battle somewhat.

Welbeck – 5- didn’t impact the game much

Lichtsteiner – 5 – Replaced Bellerin at half-time, but then he matched them physically bar the attacking prowess that Bellerin exhibits

Yes, he conceded the equalising penalty, which may make this an odd choice.

However, he looked assured at full-back, which surely isn’t his preferred position.

The free kick he scored is showing he is even surpassing Ozil as our dead-ball specialist.