Does Mesut Ozil do it in the big games?

Mesut Ozil, our once record signing, is a divisive figure amongst us fans. Nobody, really, questions his innate quality. In raw technical terms, only perhaps Dennis Bergkamp or Santi Cazorla can surpass him.

However, he is not as consistent as he could be, and in many ways, this irks and upsets some.  During the transfer dealings and angst with Alexis and Ozil, there were some who were saying they would rather keep Alexis than Ozil. In hindsight, this may seem like a comical claim to make. But overall, Ozil signing a new deal was a big PR move for the club and showed that it wasn’t a club that sold continually its best players. Moreover, it allowed the retention of major sponsorship deals, on Ozil’s efforts and for other parties. Adidas, as a major German firm, surely would welcome the retention of a German footballing star – even if he notedly left “die Mannschaft” amidst claims of racism.

Despite these points, which are well-founded, there are some who say Ozil doesn’t perform well enough in the big games. That as he can be flaky, he is not a player Arsenal can rely on in the tight moments.

But some criticisms are fair. Others are false.

The notion that he doesn’t “do it in the big games” is patently false. I think it’s part of the common narrative in bashing him, and not applying fair and critical judgments on him. I like Mesut Ozil, and I think all of our players should get a fair crack:

– Against Spurs
– Against another top-six side
– A Cup final, semi-final, or another important cup match
– A Champions League/Europa League game

I just don’t’ agree with this notion, and will cite how it’s indeed fallacious:

Ozil has performed in games against our “good friends”, namely:

These games were not cup finals, but they were against the enemy. So it stands to reason that Ozil has performed vs. Tottenham when needed. 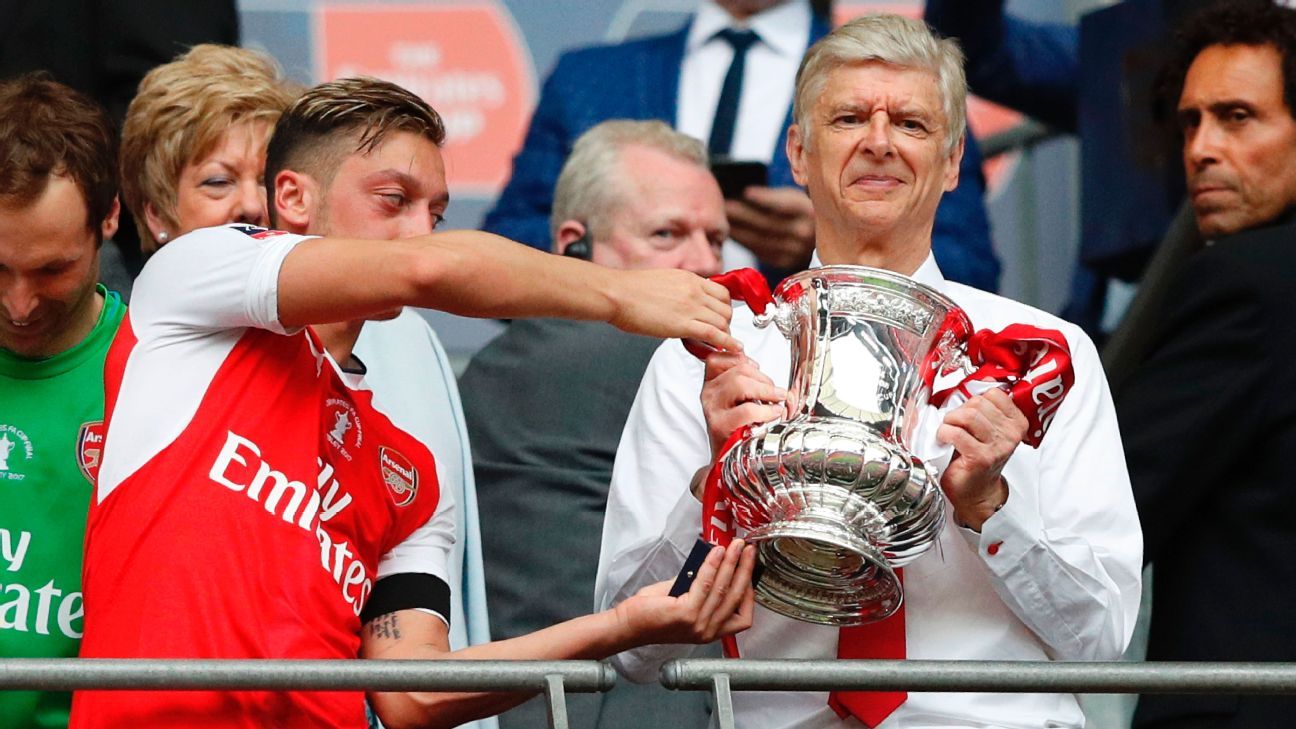 Every player was immense this day, but Ozil was a creative threat throughout and had some golden chances to score both early and later in the game.

We beat Chelsea for the first time in a few years, and both Alexis and Ozil shone. Ozil scored a world-class third, in which some cite as making then Chelsea manager Conte altering to the noted back-three formation that made them win the league.

Ozil scored from a wonderful move when van Gaal was United’s manager. And despite us losing at Old Trafford that season, he also scored in our 3-2 loss.

Ozil got an assist for Alexis’s winner and overall had a positive game. This was of course on the way to his performance in the final, as mentioned prior.

These games weren’t cup finals either, but they also were primary games against another top six team.

Aren’t these big games then? It’s wrong to say they’re not. They all held differing importance, granted, but some were critical like the FA Cup finals.

Apparently playing in and winning a major final isn’t a big game….

These are just some snippets though since there are more in which he’s scored in, or otherwise played well in.

So then, whilst Ozil has been in some means rightly critiqued, it’s fair to apply these in reasoned measures. And not just jump on a bandwagon, because it’s “the norm” or “cool” to hate on Ozil. We should want our players – all of them – to succeed, and they do best with our support. It’s fine to bring up some valid critiques, but not things like this.

This isn’t to be ranty, nor bitter. But it’s apt to give all of our players the proper dues and commend and condemn when required.

It’s my intention here to just level the points a little. Ozil’s inconsistency does annoy me, as it does many others. But then this specific point, in that he doesn’t perform in the big games, is silly and unfounded. I even recall people saying this about Thierry Henry in this time at the club. He never scored in a cup final for us, but then his goals vs. Man United, Liverpool, Tottenham, and en route to the Champions League final, and demolish that thinking. The same is true, really, of Mesut Ozil.

So let’s celebrate our players, and by all means, critique them, but then use accurate, fair, and reasoned judgments of them.

One Response to Mesut Ozil – luxury or necessity? Arsenal’s Master Assister under the microscope.