With the biggest football show on earth fast approaching and Arsenal top of the league, it is logical to expect several of our players to be gracing the world stage in November. It is always and exciting time, with the pre-tournament friendlies completed and punters will be shopping around for the best odds for the tournament and the best World Cup betting offers, of which there will be many. So, which of Arsenal’s in-form stars can we follow and support in Qatar?

Bukayo Saka – England’s Player of the Year as voted by fans will be one of Southgate’s first picks, but he has to play him for his country where he stars for his club. There simply has to be away to accommodate Foden and Saka to allow the Arsenal winger to play on the right flank. Sadly the media suggest it is an either or for our 2 brightest young players. I hope not and if the Arsenal talisman is a starter, then the Three Lions will roar!

Granit Xkaha – The resurgent midfielder, now showing the form for Arsenal in his new advanced role, that has won him an incredible 106 caps for Switzerland, will proudly captain his country. He could find himself playing against at least one teammate as Switzerland are in a tough group with Brazil and Serbia, but more of that later.

Thomas Partey – Ghana are considered outsiders and missed the last tournament but they do have some talented players. None more so than Arsenal’s midfield anchor, and you do sense that for the Black Cats to emerge from their group Partey will need to be at his dominant best.

Takehiro Tomiyasu – Arsenal withdrew their Japanese defender from his country’s 2nd September friendly but not before he had starred in the first against the USA. Tomiyasu’s versatility has been evident under Arteta of late and for Japan he has been used at left centre back. Wherever he is played his team have a tough ride in the same group as Germany and Spain. 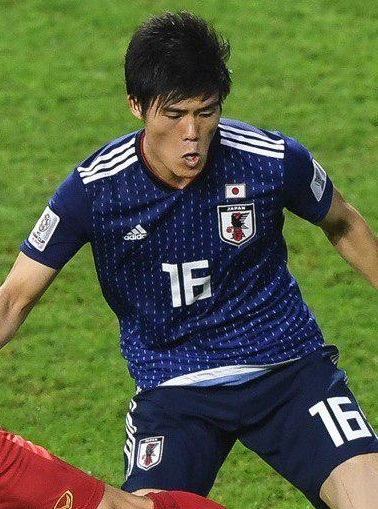 Matt Turner – The American shot stopper has recently shown Arsenal fans that he is a capable back up to Aaron Ramsdale, shining in the Europa League. The irony of course is that Turner will start for his country whereas his teammate probably will not.

Aaron Ramsdale – The confidence of Arsenal’s No.1 could not be higher but that will not alter Southgate’s confidence in Jordan Pickford. There is no doubt that Ramsdale will make the plane, but the recent friendly selections suggest that Nick Pope is ahead of him on the manager’s mind as first understudy. Given the relative abilities with ball at feet, distribution wise, I think most football fans will find this concerning.

Gabriel Jesus – Despite Arsenal’s No.9 being left out of Brazil’s recent squads I have to assume that was a decision made because the manager already knows what Jesus can offer, allowing him to look at other options. I would be unthinkable that a player who can play anywhere across the front line, works so hard and has never left Brazil down will not be on the plane to Qatar. (Particularly is Ricaharlison is the alternative!!)

William Saliba – Whilst still only so young for an international centre back, his recent form for the Gunners, and indeed that of last season at Marseilles has pushed this revelation of a defender into serious reckoning. France, the defending champions have numerous quality defenders available to manager, Deschamps, so Saliba may not be a starter, but I feel sure he will make the cut for the squad.

Ben White – The Arsenal faithful, give his form this season, were stunned that White was not in the last England squad. The problem may have been that where Southgate had selected him as a central defender last year, White has been playing right back for Arsenal of late, and he had 4 of them in his group already. Injuries and continued fabulous form may well make White indispensable, as both Walker and James are not ruled out and the Arsenal man can play both right back and as a right central defender in a 3, where Southgate has used Walker.

Gabriel Martinelli – Brazil have so many fabulous wide attackers more senior than Gabi, but I still feel the Arsenal left winger has an outside shout. It is hard to see him as a starter with the likes of Raphinha and Vinicius Junior obviously ahead of him but what a frightening player to have on the bench to introduce against tired legs.

Gabriel Magalhães – The left footed centre back has made national squads but has yet to make his senior competitive debut so it seems unlikely, having not been called up for the September squads that Gabriel will be a surprise call up. That said he is probably only one injury to a more established national colleague away from last minute phone call.

Albert Sambi Lokonga – Sambi has bene on the fringes of the Belgian squad of late and with so much talent available to Martinez as coach, a call up for the young midfielder seems unlikely. Had he been a guaranteed Arsenal starter he might have pushed harder but his time will come as the existing Belgian group are largely over 30s.

Passionate fifty-something Arsenal supporter who has been making the journey to N5 regularly since the early 1980s – although his first game was in 1976. Always passionate when talking about The Arsenal, Dave decided to send a guest blog to Gunnersphere in the summer of 2011 and has not stopped writing about the Gunners since.

He set up his own site – 1 Nil Down 2 One Up – in February 2012, which he moved on in 2016 to concentrate on freelance writing and building Gunners Town, which he launched with Paul in 2014.

The objective of GT was to be new and fresh and to give a platform for likeminded passionate Arsenal fans wishing to write about their team. Dave still of course, writes for the site himself and advises the ever-changing writing crew.

Can Arsenal Break Back Into The Top 5?
A Beautiful Historical French Revolution – The Arsenal Women Journal