I was little worried about the Everton game because I really thought they had a plan for us. I thought it just might work. As it turns out they did have a plan, but it didn’t work at all. More surprising for me was our plan for them. I saw a lot of people talking about how much possession they had in the first half. I really think we allowed it rather than simply coped with it.
My belief before the game was that they would look to target Bellerin and Mertesacker. The injury to Baines along with Mertesacker being rested made this plan redundant before kick-off. Instead of having Lukaku exploiting Per’s lack of pace and any gaps left by Bellerin, they were faced with few gaps and a very quick Gabriel.

Leaving Everton to have possession in their own half meant that our full-backs stayed close to the two centre backs and kept the defensive unit tight. With a very mobile opposition front three of Lukaku, Barkley and Mirallas defensive cohesion was king, as the final score showed.
For our part we have once again become an impressive counter attacking team. A lot of our tactics centre around drawing the opponent into our half and hitting them on the break. We caused all sorts of problems on the counter and on another day Santi could have scored a few goals.

Giroud – A Goal scoring Plan B

This is fast becoming plan A, whereas playing up to Giroud and running our attacking midfielders off of him is now becoming plan B. Both are good, both are effective and both are winning us games.
I know it’s not a great example of counter attacking, but Rosicky’s goal did demonstrate how fast we go from back to front. From Ospina to the back of the Everton net there were 5 touches, (not counting the deflection). Ospina to Giroud, flicked on to Özil, passed to Tomas who took one touch before shooting.

The man to haunt Furlong’s dreams

Counter attacking was all we needed for the QPR game. Alexis had a field day playing against young Furlong, who will no doubt have nightmares about our Chilean goal machine for a while.
It wasn’t only Alexis who had a go at their poor right back. Gibbs constantly ran outside him too, and he got very little help from Phillips, who was probably hoping to exploit the space Gibbs left going forward, space very ably covered by the excellent Coquelin.
When they did get forward the QPR full back struggled to join in because of the threat our wide players posed, (especially Alexis) so the QPR attacks were largely dealt with easily.
As for their goal, I think Gibbs has to take a lot of blame. He was covering Austin, and then ran away to cover the winger when he thought Austin would pass, leaving him free to shoot. For me leaving a player with a clear path to goal is mistake, regardless of the situation you think may arise.

Anu wrote a superb piece about Coquelin which I would encourage you to read. She mentioned that he was on loan at Charlton and now by the magic of football he finds himself as an integral part of the first team.
For me there is one very troubling aspect in all this. He came back to Arsenal because of injuries to Arteta, Flamini, Ramsey and Wilshere, not because Wenger recognised his potential. If not for injury, Arsene would have let him go when his contract expired this summer. Our manager is known for finding and nurturing talent, and yet the best defensive midfielder we’ve had in years was on loan at Charlton and on his was out of the club. I wonder if Wenger’s ability to spot diamonds in the rough has deserted him.

Possibly because of the freedom that having Coquelin behind him allows, Cazorla has been getting into goalscoring positions a lot more recently. Most of his goals this season have come from the spot, but I’ve noticed that he’s had a decent number of chances come his way, especially in the last few games. I really feel like he’s due a goal or two from open play, and his link up with Giroud will likely be the catalyst for a goalscoring run. 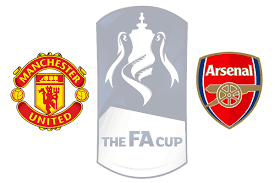 United away in the cup. It’s a tough game and a win would be huge for us. There’s been a lot said about how bad they’ve been and how they’re due a blip. For me the fact that they’re playing badly and still winning is troubling, because when they do get it right they’ll be very strong. It would be very like United to get it right against us. They always seem to find a way to beat us. For the last two years I’ve been confident going into games against some of the worst United teams for 20 years, and yet I’ve been bitterly disappointed afterwards.
I think our best chance is to really go for them. They are vulnerable at the back and we have to players to exploit those weaknesses. They’ll be without Van Persie which is a plus, but you can bet on Rooney scoring against us because he always does.
I’ll be honest and say that I don’t see us winning this one, but this is as good a chance as we’ll get. It would be great to beat them at Old Trafford on the way to back to back FA Cup wins.

That’s the stuff dreams are made of.

The Coq Returns to Roost – Our DM for Good?
For Ozil to truly shine at Old Trafford Cazorla and Giroud should miss out – Big Call!!

6 Responses to Arsenal’s Counter Attacking style is fast becoming our Plan A – And its working!