Right, let’s cut to the chase here.
No sooner had your liver recovered from that glorious FA Cup Final weekend than our old friend the Silly Season reared its ugly head.
It starts slowly, with the odd tweet about who we should buy or sell, that kind of thing, then BANG!
All of a sudden you’re hit with a tidal wave of bullshit and bollocks.
I’m not just talking about the good old ITK’s either, if you’ve not figured those out by now then that’s your own fault.
It’s more the fact that everyone has an opinion on everything, and everyone else has a counter opinion on that and so on, which is fine, nothing wrong with that.
It just gets to a point where without actual football to focus on it appears that the entire world is talking utter shite.

By now you will have read about how *insert player that doesn’t play for us and probably never will name here* would fit into our system and what it might mean for *insert current players name here*.
You will have read the wish lists of dozens of people.

I’ve not even mentioned bored journalists yet, that can wait for another week.

But never fear, as I am here with your Summer Survival Guide.
I can’t promise that I’ll be writing this diary every week, but I can promise that each time I do, I’ll bring you essential tips on surviving the Silly Season, starting with this…… 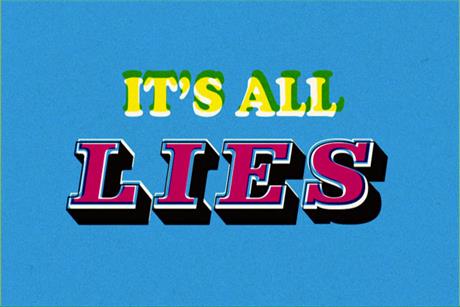 This should be a no-brainer, but it’s still surprising how many people forget this golden rule.
It’s nothing new either; it’s just that the Social Media age obviously makes this particular pitfall even more treacherous.
I mean, if we were to believe everything we’ve heard over the years, I would still be looking for the house Robbie Fowler bought up the road from Highbury, nobody would be letting their nan out of the house for fear of some pikey with a ridiculous thatch on his head trying to hump her, and a certain injunction would have been so powerful it actually meant a certain player had to sign for Chelsea to keep the fact that he’d actually signed for Arsenal quiet.

Speaking of the Premier League champions established 2003, the excitement over the potentially imminent, apparently-almost-done-with-everything-apart-from-the-transfer-fee-which-is-the-most-important-part, arrival of Petr Cech has reached the Alexis levels of last summer.
The transfer itself is somewhere between Alexis and Higuain levels though, and either way it’s gonna blow up the internet.
It’ll be either another massive summer signing, or a complete and utter meltdown.
I’m not going to talk about this one too much right now though, in case it gets “Higuained.”
Remember all that time spent wondering whether it was pronounced “Hig-Wayne” or “Hig-Why-Een”, only to be bitterly disappointed to discover it was actually pronounced “Sanogo”?

“Higuain flies into to complete medical at Colney”

One of the interesting things about writing this diary though, is that things can change from the time of writing the first paragraph and the last, so I’m not committing either way just yet…..

I wrote that, came back to it the next day (Wednesday) and “Sky Sports Sources” have since claimed that a fee has been agreed.
Now, I’ve got as much of a clue who Sky Sports Sources are as you have, but the noises are getting better and louder all the time, and given our recent penchant for announcing signings on a Thursday, let’s hope that come the end of the week there are replica Cech helmets in the Armoury, and Mrs Mourinho is fully lubed up and wearing the Wenger mask ready for the Special One to vent his frustration…..

So, on to Thursday morning and it’s all a little quiet on the Cech front.
Perhaps it was just a smokescreen for our actual first signing of the summer; namely Vlad Dragomir. No really he is the one. As far as I’m concerned, this lad has what it takes to become an Arsenal legend purely down to that name.
He sounds like a real hero to me.

Arsenal have somehow managed to reach the Champions League Final, despite being plagued by injuries since Christmas. Injuries which have left the team so threadbare that Mathieu Flamini is playing at left back (yeah, I know it’s far-fetched, but stay with me…)

We are 3-0 down in the Champions League Final with just ten minutes left, down to ten men since early in the first half, after Petr Cech was shown the red card for tripping someone up with his helmet, followed by an injury to Mesut Ozil, which is made worse by the fact that Alexis Sanchez is missing due to having run so much for two seasons his legs have actually worn away from the knees.

A long punt up field from substitute ‘keeper Martinez, who is now Arsenal’s no.2 ‘keeper due to Ospina spiking Szczesney’s Benson, causing his arms to fall off, with Ospina now on the run and being hidden by the Colombian mafia (yeah, it’s been a Harchester United kind of season) is chased by Yaya Sanogo who, running at full pelt with his head down, arms and legs flailing, fails to notice Lukas Podolski standing around picking his arse and clatters straight into him.
BANG!
Two men stretchered off and just one substitution left.

Then, rising magnificently from the Arsenal bench, as the whole crowd gasps in awe, before falling into a stunned silence…… “Ladies and gentleman, the Arsenal substitution…..Yaya Sanogo is being replaced by……. VLLLLLLLLLLLLAD DRAGOMIIIIIIIIIIIIIRRRRRRRRR………”

He’s just the kind of hero that we need right now. He may be a teenager, this may be his first ever senior appearance, but the Mighty Vlad will conquer all before him.

We end up losing the game 5-0, but who gives a shit with a name like that?

All this goes to prove that there’s actually very little going on.
I mean, I had so little to write about I’ve just created a fictional scenario to emphasise what a great name a kid we’ve just signed has.
Of course, I could have just speculated about the implications of Kos joining Real Madrid or Jack joining Man City would have on our squad instead, but if we’re talking about fictional scenarios I think you gotta go with Vlad the Dragon for entertainment value.

Thursday evening now and still all quiet on the Cech front.
The worrying thing is that the Special Cunt has been unusually quiet.
I don’t think any of us will be surprised if he and John Terry have Cech tied up in a basement somewhere, blasting out that hideous FA Cup song that Suggs did as a method of torture.
Neither would I be surprised if this all ends in some twisted version of Thelma and Louise, the version where Thelma has handcuffed Louise to the passenger seat and drives off of Chelsea Bridge.

Either way, I’m sure there will be more on Thelma, sorry Jose, next week.

Up The Arsenal you have never VLAD it so good!!

Islington born and bred, Arsenal through and through. Supported the Gunners for all of my 46 years (so far!) through thick and thin.
Published author.
Clickbait: Life as a Modern Football Fan – released 2019
Currently working on my next book – Over Land and Sea (and Lockdown), Arsenal 20/21 – A Diary of a Season – due for release Summer 2021.
I will back the club I have in my blood to the hilt and I don’t care what you think about that. UTA.
AGAINST MODERN FOOTBALL.

A Gooner’s View of Other Clubs of the 2014-2015 Season – Part 6
Poldi aims to prove himself at Arsenal – Credible or Deluded?

One Response to Arsenal’s 1st Summer Signing Revealed in Silly Season Diary Part 1 – You have never ‘Vlad’ it so good!