Will Szczesny return from his loan spell with Roma at all?

Wojciech Szczesny has completed his move to AS Roma, the guy himself announced the deal via his Instagram account.

Although all reports do not agree about the formula of the deal, John Cross of the Mirror believes that the initial loan move could be made permanent for as little as £ 5m. If confirmed, that means the end of Wojciech Szczesny career at the Arsenal.

I’ve always been a huge fan of the Pole, I compared him to a young Gianluigi Buffon several times and I stand by my opinion; I was lucky enough to witness the debut and first couple of seasons of the Italian goalie and I saw things that only Wojciech Szczesny was able to replicate; moreover, their paths looked very similar as both made their break-through at a very young age (Buffon was 17, Szczesny was 20), both came though the academy at their Clubs and both had amazing rates after their first outings.

Gianluigi Buffon in his early days playing for Parma

Gianluigi Buffon and Wojciech Szczesny both have their fair share of craziness and both made some spectacular, costly errors in their first seasons.

When I saw Wojciech Szczesny finally break into our first team I thought we found the top-class goalkeeper we needed.

His first performances were breath-taking, his reflexes were outstanding and he had the stature to be our first-choice goalkeeper for years to come; despite some blunders and errors you should forgive any debutant for, he provided great stability and solidity – winning us some points along the way.

Everything was in place for him to be a great success at the Arsenal.

If you look at the below table, you will see a huge difference between Gianluigi Buffon and Wojciech Szczesny since their break-through seasons, respectively: they both had a meteoric rise that saw them playing 20+ games in their first season and become regulars the next term – but then the Italian kept playing 40+ games per season while Wojciech Szczesny couldn’t find any consistency and had a lot of ups and downs.

Where does that gap come from?

We can’t possibly say internal concurrence hit Wojciech Szczesny harder than Gianluigi Buffon since none of Almunia, Fabianski and Ospina has ever been half the player Wojciech Szczesny is – or could be; we can’t say he didn’t have opportunities to win his place back after injuries, suspensions or poor form, since Arsène Wenger gave him plenty of chances to impress after each spell on the bench; we can’t say he lacked support as the crowd, the manager and his teammates never failed to defend him each time he said or did something wrong.

If things went wrong, he’s the only one to blame for his own failure.

It’s sad to say this but Wojciech Szczesny is set to become another young talent unable to take his game to the level required at the Arsenal; he is joining a list of fellow former Gunners who had it all to become regulars but got lost, mainly because of attitude: Jermaine Pennant is the first name that springs to my mind but players like Carlos Vela or Nicklas Bendtner should have done much more with their qualities. 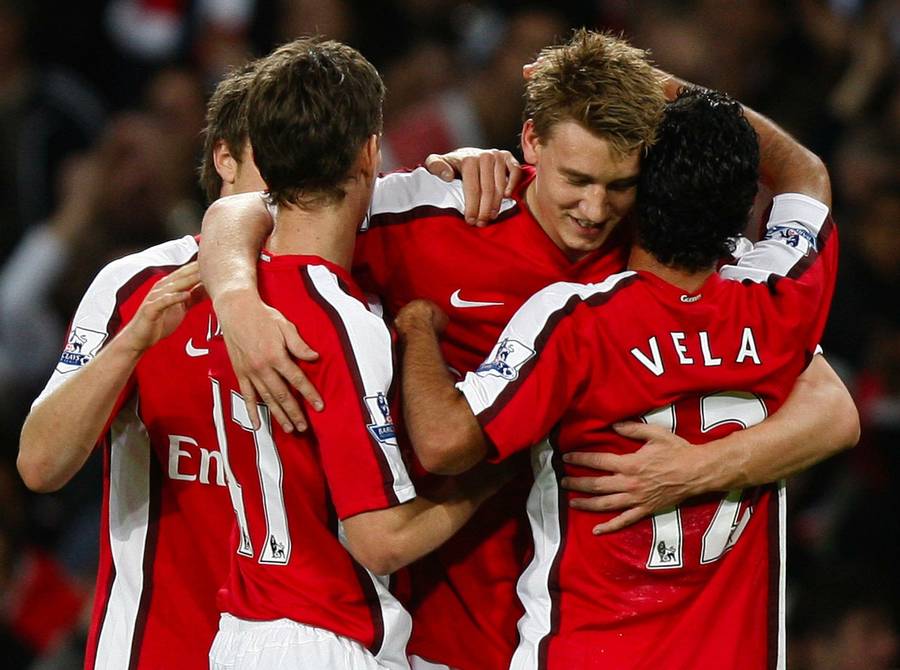 Sadly, Bendtner and Vela never lived up to their potential

Personally, I don’t think Wojciech Szczesny will ever come back to London and that saddens me a lot; I had high expectations for the guy but at 25 years of age, he is no longer a kid.

Goalkeepers like Gianluigi Buffon and Petr Čech were already undisputed regulars at their Clubs and were already setting examples of consistency, professionalism and hunger while Wojciech Szczesny was caught smoking in the showers.

It’s time to move on, hopefully Petr Čech will show how big the difference can be between a talented player and a great professional like Alexis Sanchez did compared to Lukas Podolski; it seems we’re no longer settling for second-best at the Arsenal, we want the best only.

Thirty-something Italian, currently in Switzerland. Gooner since mid-ninties, when the Gunners defeated my hometown team, in Copenhagen. Twelve years ago I started my own blog (www.clockenditalia.com) after after some experiences with Italian websites and football magazines. Debate, don’t insult or you’re out.