I fell in love with the Arsenal at a really tender age, about 6 years old, when I really did not understand the game of football, at least how much it meant to fans who supported their team with all of them; heart, soul and breath. All I knew was my dad loved Manchester United and I just had to support the team he loved to hate, Arsenal. One major thing which also spurred (Pardon the ‘useless’ Pun) my love for The Arsenal was Thierry Henry, watching the oblong-shaped head speedster pull away from defenders before he calmly side-footed the ball into the bottom of the net was pure ecstasy.

Seeing him torch up the field with his unmatched pace as Pires, Ljunberg and Bergkamp complimented him with skills never seen before anywhere on the British Isles was the best thing a young boy in Ghana who always got to play as striker only because he owned the football used could have ever come across. I watched Arsenal when we had a manager on the bench named Arsene Wenger, twiddle his fingers as he watched the beautiful combination of power, pace and poise he had constructed on the wonderful football pitch known as Highbury. I wondered how a man named Arsene came to manage a team called Arsenal, and eventually came to the conclusion it could only be a marriage put together by the football gods.

I also watched as Patrick Vieira slotted home that penalty as we overcame rivals, Manchester United in the 2005 F.A Cup Final to win what surprisingly was our last major trophy for almost a decade. It was unfathomable then to think of Arsenal going through a spell as barren as what we went through as it is now for a manager to last even 3 years at a club.

Players have come and gone, members of staff have come and gone, and a new owner has even come (and should go, right?). One constant has remained though, a man who was courted from 1989 up until his takeover in 1996; Arsene Wenger. Hate him or love him, in this current template of football, where loyalty is fickle and players and coaches alike look to make a quick buck, whilst selling out their ideals and integrity to win trophies, Wenger is a true throwback to times when loyalty was an important staple in the game; from the owner right down to the cook.
I am not here to talk about Arsene’s accomplishments or lack of, in the game, but to tell Gooners reading this, whether you want him to stay or to leave, or even whether you are indifferent to it all, that he could have left us in the cold when the construction of the Emirates Stadium took place, to European teams of the highest pedigree such as Real Madrid, yet he stayed, WHILST keeping us close to the top, surrounded by clubs being sponsored by oil-rich sugar daddies from Russia and the Middle East 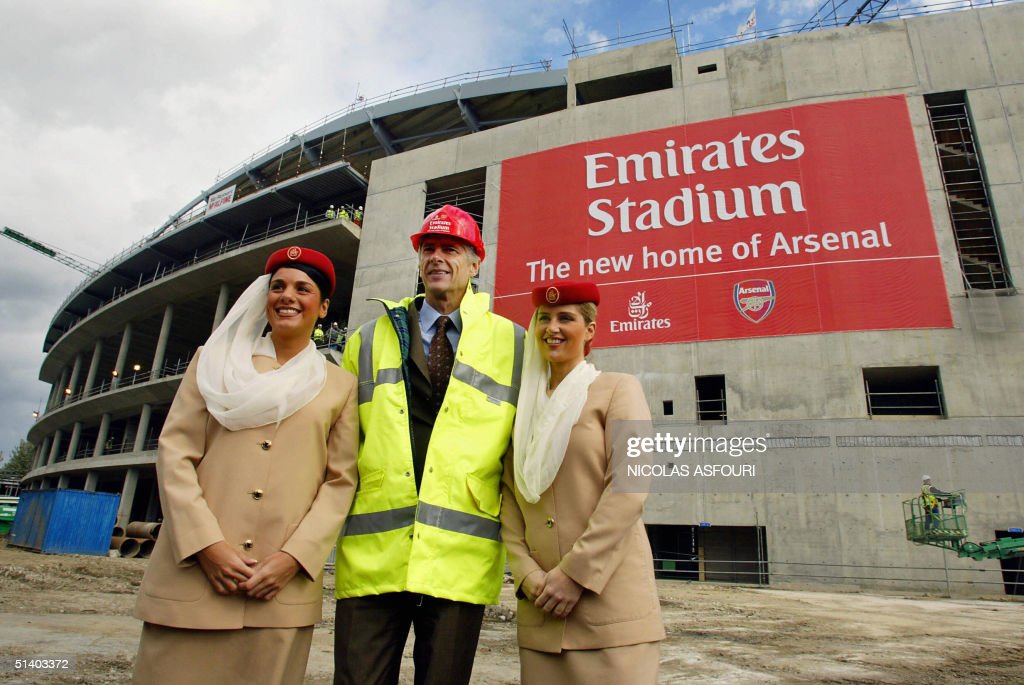 A man who has always stood by his ideals and beliefs, stubbornly at times, to the praise of legends of the game such as Alex Ferguson, Le Prof has always stood by his players and has always created an environment where the expression of themselves both on the field and in their growth as men has been exemplary. In recent times we have seen two of the ‘biggest managers’ (and the highest spending ever) have spats with their players in public whilst calling them out for one reason or the other situations which definitely could have been handled better, in the sanctity of the dressing room or even the manager’s office.

During the lean years, Arsenal annually saw the best talents on display leave the club for personal betterment, a club whose manager put his neck on the line CONSTANTLY, to prevent some of these players from catching flak, sometimes deservingly. He kept faith in players who got injured when they sneezed or tried to clean the sweat of their faces ( I’m looking at you Van Purse strings) yet was deserted and left all alone, to carry the burden brought on by the Emirates Stadium construction, at a time when loyalty and togetherness was needed the most.

Nasri, Sagna, Clichy, Toure, Van Purse strings, Adebayor and EVEN Thierry Henry, are some of the players who jumped ship when the going went tough and money was not readily available to put out high quality additions to the team. Several times, members of the board have come out to mention huge sums available for transfers, throwing Wenger under the bus with fans, and going back later to take back their words, yet Wenger has never put any board member, current or former, on the chopping block, even when it was the actions of some former board members which facilitated the promotion of Stan Kroenke and his self-richening schemes to role of majority shareholder.

“The only true test of loyalty is fidelity in the face of ruin and despair.” This quote is attributed to Eric Felten, prize winning writer for the Wall Street Journal, and upon first glance no matter which side of the Arsene Wenger fence you stand, it should fill you with pride and joy for having in charge of our club, an honest, forward, loyal paladin of football played to inspire and elicit from Gunners worldwide happiness, joy and immense excitement.

I’m a 20 year old from Ghana in West Africa. I strongly believe I fell in love with The Arsenal in 2000 after watching that heartbreaking loss in Liverpool, thanks to the now pestiferous pundit Michael Owen. Or maybe, I love The Arsenal because Gunner rhymes with the name of my country. Shrug. I am an avid supporter of Monsieur Wenger and still see him as a visionary. Also, I believe the result must not always trump the means and glory days on the European stage are just a few steps away. Thanks to all who take time out to visit and read.

One Response to ARSENE WENGER; 20 YEARS OF LOYALTY IN TIMES OF SELF-WORSHIP.