We take on Chelsea for the the second time inside 6 days and my fear Wenger is going to field a squad not dissimilar to the one which crashed out of the cup three days ago.

Mercifully, there’s the small matter of these guys having to play a second game in just a matter of days, something at least our youngsters may not be physically capable of. Also, some comments from Per Mertesacker after the Nottingham Forest defeat were damning:

“The manager made a lot of changes, gave a lot of trust to players who haven’t played a lot recently and I don’t think anybody justified their selection today. That sums it up I think.

“It’s difficult to take because for those players who played today, that was probably a last chance to show up and show the manager that they’re ready to play more games. It’s not the case anymore.”

Last-chance saloon for this lad

If Mertesacker is not just pulling quotes out of his a*se, then Wenger will be mightily displeased with what he saw from the likes of Walcott, Welbeck, Iwobi, Mertesacker himself and even Holding and Elneny. Frankly, our younger players actually shone the brightest, which is a sad indictment on the state of our fringe senior players.

All of this gives me pause for thought. Wenger stated how he wants to win the Carabao Cup (what a ridiculous name) and he should be acutely aware another defeat, even against Chelsea, will not go down well. Somewhat mitigating is the fact we are playing away, so a draw might do the trick, but certainly not another defeat. There are folks out there with more optimism than me when it comes to their Arsenal vs Chelsea prediction so all is not doom and gloom…

This has certainly been a rollercoaster season for a few top clubs – one that makes results difficult to predict. If you are looking to enter the betting arena, it makes sense to use a reliable source – a bookmaker aggregator can often find you the best odds by looking at multiple sources: https://rating bet.net is a site that comes highly recommended.

The flip side of the coin is the physical state the first-teamers find themselves in. None of Giroud, Ramsey, Monreal or Kolasinac will make the first leg, and all of them are on course to miss the trip to Bournemouth.

“We don’t recover anybody unfortunately. I believe that on Sunday we paid the price for having many injured players. Some needed to be rested but we also had five or six players injured. That’s a bit detrimental to the rotation as well.

“For Wednesday, no one is close to coming back. For Sunday [against Bournemouth], I don’t think anybody will come back.” – Arsene Wenger

On top of that, Mustafi and Xhaka emerged as doubts with slight injuries, both are having late fitness tests. 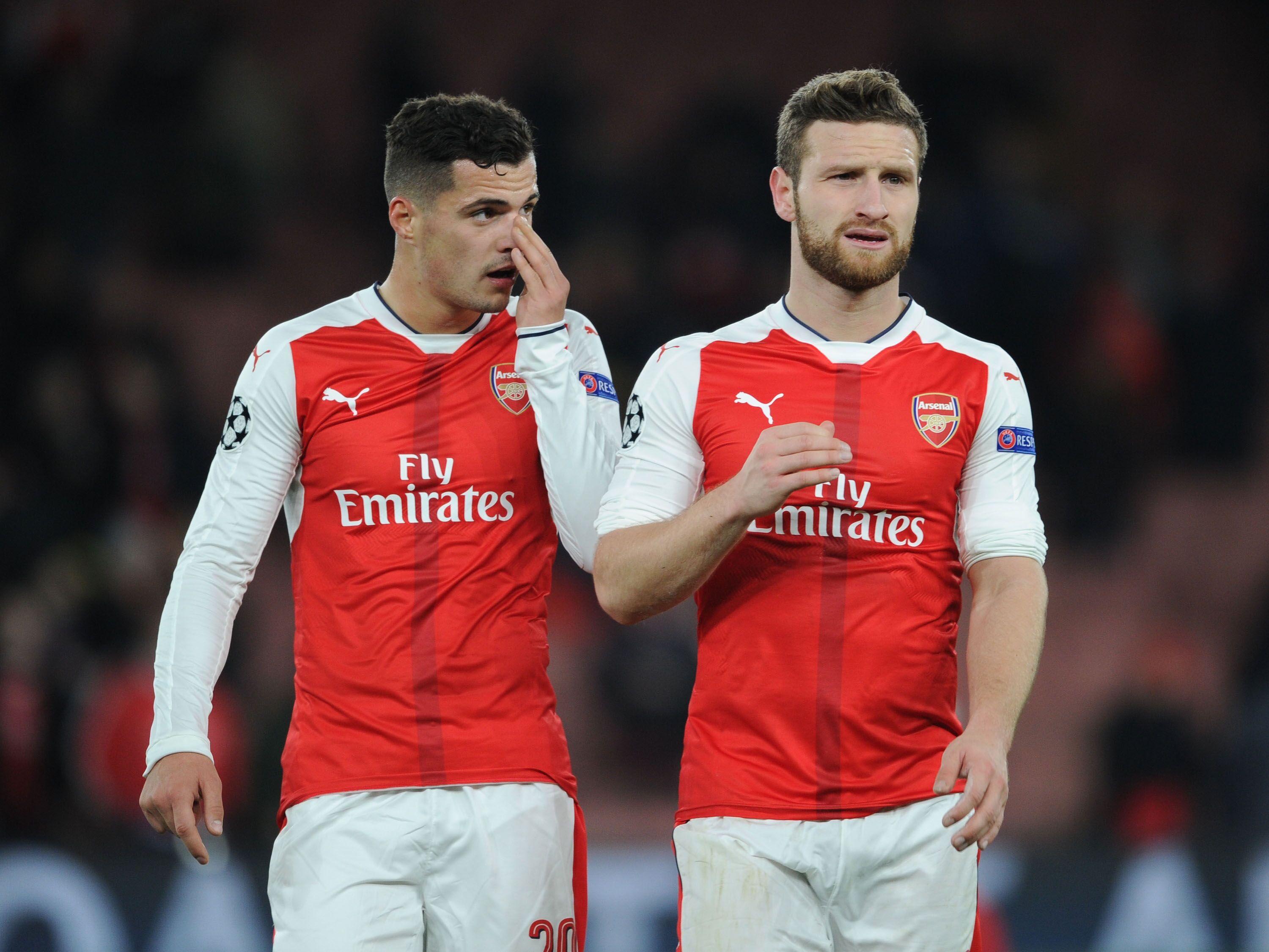 Xhaka’s and Mustafi’s injuries add to our woes

While I’ve been advocating for Xhaka to be dropped for quite some time, Ramsey’s absence, the strain we are putting on Wilshere, Elneny’s form and the possible departure of Francis Coquelin leave us short-handed in midfield.

It is obvious Jack is going to play, but if Xhaka doesn’t make we have a serious problem. AMN could slot in his natural position (finally), but who will play at left-back with both Monreal and Kolasinac out?

Matching Chelsea for shape last time around worked quite well to an extent, barring the individual mistakes. I also tend to agree with Wenger on how our level dropped in the last 20-25 minutes because of schedule congestion. I believe we are well-capable of replicating the performance we’ve seen on January 3rd.

However personnel is going to be a problem. Both Holding and Mertesacker were diabolical, but if Mustafi doesn’t make it, one of them will have to play if we go with three at the back. Furthermore, I’m not not calm with Calum Chambers either, he was the main erroneous defender against the Blues last time around. But we simply don’t have anyone else.

Midfield is another concern. Alexis, Ozil and Wilshere will play, but unless Xhaka recovers, it’s either Coquelin or Elneny at the base. Not hugely inspiring options. I’d go with Coquelin, however there’s no guarantee he will still be a Gunner by the time we play.

I have to say I’m mightily surprised Arsene is prepared to let the Frenchman go, given our current predicament. Also, he hailed Francis for his professionalism and spirit not so long ago, which makes the situation even more baffling. Considering Francis is on a long-term contract, I can’t call his potential departure, especially for the meagre sums touted, anything other than mismanagement and negligence. But I’m beyond being surprised at this stage. Wenger seems to be making it all up as he goes along, there’s no method to the madness.

It’s been quite some time since I’ve felt this dejected about everything Arsenal. We don’t appear to have a sound tactical plan going into most games, we produce football of questionable quality more often than not and a whole lot of other things are off right now.

There’s a lot of deadwood in the squad, then there are players not good enough for even a top 4 fight, it appears, there are those who want away and whose contracts are expiring soon. Yet a decent transfer strategy to account for all of it looks a pipe dream.

Recently I have been thinking about the phrase “a ship without a captain or a sense of direction” more and more in relation to Arsenal. It is the one I used almost 9 months ago to the day. The only thing that changed in those nine months is the unwavering belief the players we have are capable of better. The uncertainty surrounding the manager’s future has been addressed, albeit not in the way many would have liked, yet the level of our performances stayed the same, maybe it even regressed.

After being dumped out of the FA Cup I simply do not see a light at the end of the tunnel. I do not know whether the Gunners will turn up today. Maybe the level we have seen recently is the level of this team, its ceiling. Which is quite amazing, considering how we’ve performed better with seemingly far less talented individuals down the years.

I’ll leave it at that. I won’t be back for a review, as I have a flight slap-bang before the game. See you for the Bournemouth trip.