If I were a neutral, or a fan of some mid-table PL club, who only casually follows Arsenal by means of checking the results, I would be astonished this morning. How can top-level club, seemingly fighting for the top 4, smash Palace 4-1 and then go down to Swansea inside 10 days? How can that same club follow it up with a 5-1 bashing of Everton only to immediately surrender to Tottenham? What the hell is happening over there?

Unfortunately, I’m not a neutral. It is unfortunate for several reasons: I care about Arsenal’s results and I know precisely how they came about because I watched the games in full.

I’m not sure what else I can add to the countless times I’ve written about our meek away surrenders this season. Yesterday was our defeat №7 on the road, in 14 games. We have lost half of our league games away from home. While some were to the likes of City and Liverpool, there were others, to the likes of Watford and Bournemouth.

Yesterday was also out 3rd consecutive defeat away from home. We now trail Spurs by 7 points and our chances of making the top 4 this season are, let’s face it, gone. Unless Southampton or West Brom force Liverpool or Chelsea respectively into dropping points, I’ll just wave our hopes goodbye come Monday evening.

We are relying on Pardew getting a result against Chelsea. Christ

But even if we are presented with such gifts, it’s time to look reality in the mirror: we are dogsh*t away from home and it’s not likely to change anytime soon. How can we expect anything positive from our season if we are so terribly scared of facing whoever it is on the road?

Like pretty much every Arsenal fan, I was excited when Mkhitaryan and Aubameyang joined, and when Ozil signed a new contract. However deep down I knew something I chose to ignore, and the Everton win made it easier: no amount of players, even world-class, are going to fix a flawed system. And so it proved yesterday.

I’m not about to lay blame at our strikers’ door, by the way. Both did what they could with the little service they had. Aubameyang could have opened the scoring had he not been (wrongly) flagged offside, while Lacazette had two very presentable chances. I’m not going to lambast either on a day we looked so very dysfunctional.

Not his fault we are a mess

It seems almost mind-boggling to think Ozil, Mkhitaryan and Wilshere couldn’t carry the water to our strikers, yet that is exactly what happened. The Armenian was the worst of the lot, sending at least three very promising passes horribly wide in the first half. A nightmarish display from Miki.

The only bright spots I can glean from that game is a very organised first half and Petr Cech. The experienced shot stopper was the only thing standing between us and a deserved bashing in the second half. His distribution was admittedly poor, and he is most definitely past his best, but yesterday he was the least of our worries.

The way we fell apart after a decent first half is inexplicable, and after conceding we never really looked like picking it up. A Lacazette equaliser would have been a gift from God, however on the day when Kane missed at least two sitters we can’t complain about our luck. We didn’t deserve a point from this almighty mess, and that is the harsh reality.

The thought of Arsene Wenger staying beyond this summer is almost unbelievable, to the point of being laughable, yet I can easily see this happening and that is the horror of the entire situation for me. A man who got us into this fine mess last season will fail to clean it up during this, and yet he can still remain in post. Absurd.

There are no two ways about it: Wenger is unable to fix it. He is part of the problem, until he goes the problem will stick around too. Just say this out loud: to best our points tally from last season, a tally which has seen us drop out the top 4, we need 31 points from 12 games. Does it look even a remote possibility?

Before the game Wenger said, when asked about targeting Europa League, that United only did so at the semi-final stage last season. Was he implying we will be doing the same? If so, and if he still believes that is possible after yesterday, he has gone off his boiler. We don’t have the luxury of using the competition for rotation anymore, because we are not going to make top 4 anyway. If we crash out of Europa League while sitting 6th in the table, the atmosphere will become nasty indeed, and for a good reason too.

I’ve watched some 50 minutes from the City game yesterday. You know, the team we are playing next in the league. Even Leicester, a team drilled to playing without the ball and nicking something on the counter found it immensely hard to cope. The quality of this City side is such they can score a hatful against any opponent it seems. They are light years ahead of us, but that’s not what bothers me the most. 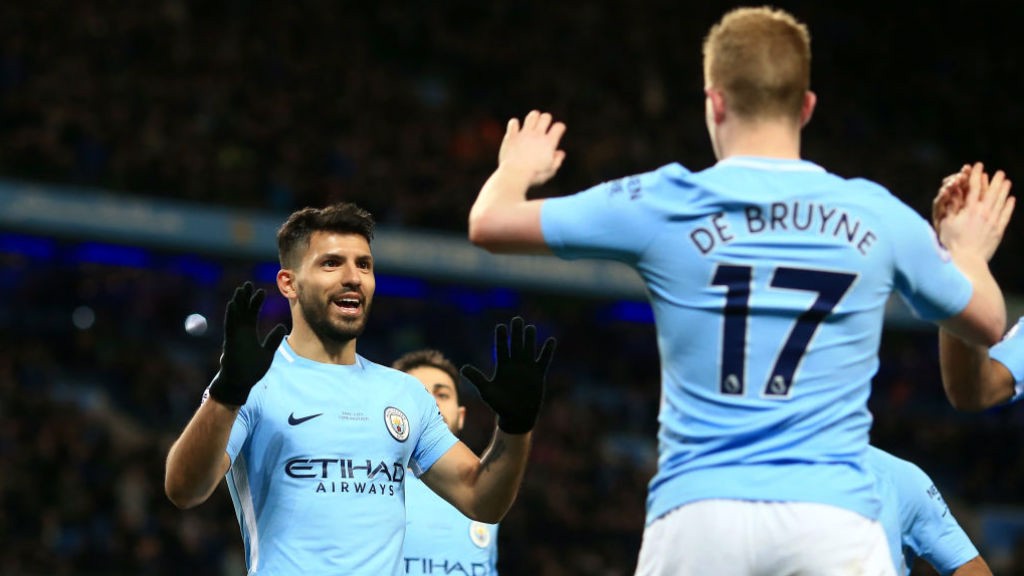 What are those two going to do to us?

Rather, it’s their relentless pressing that does. If we play anything like we did against Tottenham, we will be in big trouble. City’s players move lightning-quick, their coordinated press is unbelievably good, dare I say better than at Liverpool. Seeing as we have sold the best target man in the league, we can’t even go longball on March 1st. I’m genuinely uneasy about facing Pep’s side.

However that is a topic for another day, for a preview. Right now… well, I don’t even have the energy to round it off in a meaningful way. I can say I’m disappointed, but I’m definitely not surprised. We reverted back to type, played like a bunch of spineless chickens and got incredibly lucky not to lose by more. Sides much less capable than Spurs have punished us more severely this season.

It’s now or never for the Gunners in a chase for top 4: #NLD preview
‘They wanted it more’ – An Expression you should NEVER hear after the NLD