Arsenal are no strangers to a home defeat on the opening day of a new league season – to Villa in 2013 and West Ham in 2015, in case you needed reminding – but unlike those morale-sapping collapses, their defeat to Manchester City in Unai Emery’s first game in charge need not cause alarm. It is tough to accept as a fan of a club like Arsenal that your opponents on the day are comfortably better than you and that there is no shame in a two-goal defeat to that team, but it is a necessary pill to swallow if you’re to assess where the club is currently at and what their aspirations should be.

Manchester City finished 37 points ahead of Arsenal in the 2017/18 season. This is Pep Guardiola’s third season in charge of the richest squad in world football, and their game at the Emirates Stadium on Sunday marked the first time Arsenal had been managed in a game by someone not named Arsène Wenger since 28th September 1996. To go into a game already accepting defeat is unacceptable of course, and I myself predicted that we’d snatch a point at least before the game, but it’s also important to acknowledge where the two clubs are at in their development after the defeat was confirmed. It would be wrong to say that we can’t expect better from this Arsenal team, or that we can’t expect to win points from the top sides at home, yet there must be a recognition that this was the first step in a long road ahead for this club under the Spaniard’s stewardship and patience from fans is essential.

For the most part the support for Emery has been largely universal across the club’s support but there were certainly some judgements made in the immediate reaction of the defeat that felt knee-jerk to say the least. I can understand why at the start of every season fans can dream about title challenges and history being made, and to experience such a humbling reminder of how far behind your club is from the best on the opening day is hard to accept, but I maintain that anyone who’s made a realistic appraisal of what Arsenal can expect from this season will not have been surprised by anything seen on the Emirates pitch against City. The biggest gripes that I’ve seen from fans after the game – shaky defending, sloppy play in possession, a lack of pace and width in the attack – are problems the club has had for years, and even with a new manager in charge they were not going to be solved overnight, especially against the league champions. None of the poor aspects of Arsenal’s game seen against City should have surprised anyone, even if it’s fair to be disappointed by them still. 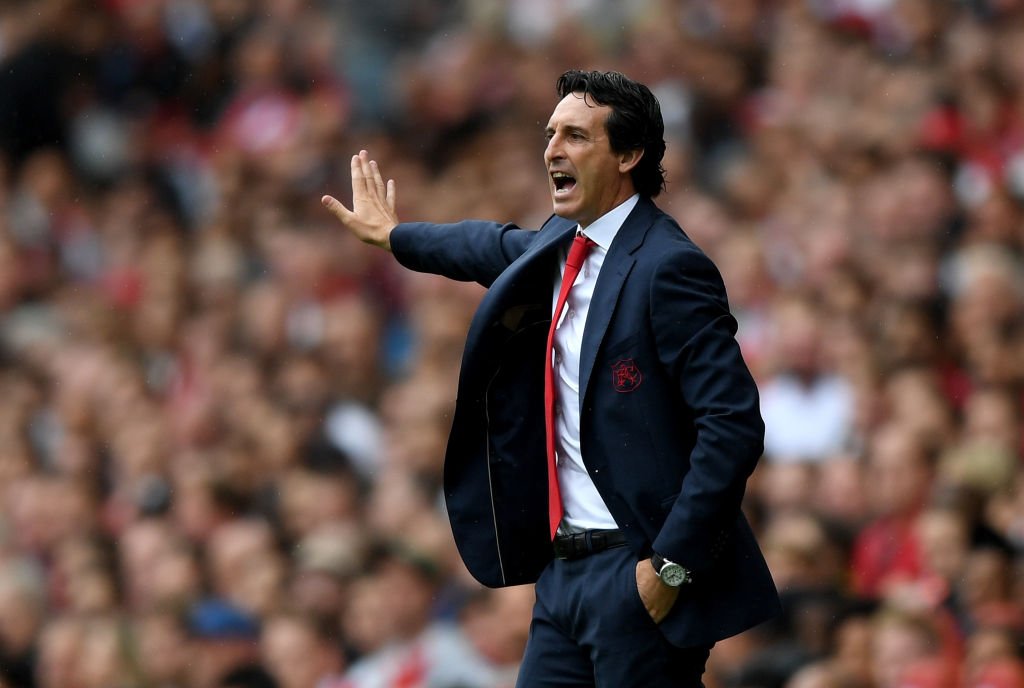 It’s easy to take my points here as overly negative, but I actually think there’s plenty of positives to be taken from what the club have tried to do (and what they plan to do moving forward). The club is a long way away from a serious title challenge and even finishing outside of the top four might happen for the third season in a row, but there is solace to be taken from the fact that after years of stagnation and regression, steps have been taken to resolve the problems we saw on Sunday and have seen for years. Today reiterated the fact that Arsène Wenger was not the only problem at Arsenal and his absence would not guarantee instant change, but what Emery’s appointment does signal is that change is at least coming. It might not be as fast or as effective as we’d all like in the early days, but it’s on it’s way, and in the meantime it’s vital to accept that there will be growing pains and this may well be a transitional season for the club. You only have to look at Manchester United and how they’ve handled the departure of a long-term manager – for them it’s been a transitional half a decade that they still don’t look like they’re coming out the other end of.

I’m not going to sit here and write to Arsenal fans that they should be content with poor performances and consistent defeats, or that those representing the club can get away with underachieving simply because there’s a new management structure at the club. It would represent a disappointment should Arsenal not challenge for a top four place this season, and/ or if little progress is made over the course of the 2018/19 campaign in terms of performances. It’s important to remember though, if only for your own sanity, that Rome wasn’t built in a day, and Granit Xhaka won’t be transformed into a world beater in a single summer. The green shoots of recovery for Arsenal Football Club may take a while to sprout but fans should comfort themselves that they’re on their way, and that signs of improvement should be savoured as they come. Change has been a long time coming for the club and there’s lots to be said for humbling accepting where Arsenal are at right now and how much work needs to be done, if only to preserve your own mental health. It’s a long season ahead…

I’m a 24-year-old Brit currently residing in Toronto, Canada, having spent most of my life living just north of London. Having a Scottish father meant I grew up a Celtic fan but I chose to support Arsenal as well not long after the club moved to the Emirates Stadium. Whilst I spend plenty of time writing about the club, I’m also one of the co-founders of The Gooner Ramble podcast which I host from time-to-time.