Captain’s Log, Star-date 1,0,7,9 point 2. Does anyone know whose time measurement this actually is? Having survived my first sexual experience with the Klingon, (I can’t pronounce her name so I’m gonna call her Shirley) she’s now challenged me to a Bach-Ta! I thought I’d check what it was with Uhura this time. It turns out I’m meeting her parents. 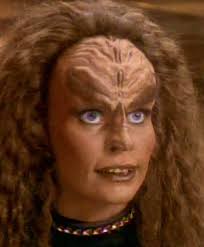 BrightonA win is a win in the cup so we can’t really complain too much about conceding two goals away from home. I said last week that they’re a decent side now and they put up a fight, but ultimately our class was too much for them. As the game wore on and they began to tire they got much more physical, which was probably why Wenger brought on Alexis and Coquelin in place of Özil and Theo, (Akpom for Giroud was probably just for experience). What I liked was how we stood up to the physicality without too much difficulty.

As for the goals we conceded, I don’t think Szczesny covered himself in glory for their first goal. His positioning wasn’t great and the goalkeeping coach won’t be too happy. The attack was coming from the right and yet he was sat in the middle of the goal. Koscielny could have done slightly better too, but he was covering for any shot that may have gone to the far post. I’m probably being overly critical. Their second was good play from them and some poor decision making from us. Monreal stepped out but didn’t close down, which allowed the space in behind for the pass and Szczesny came out but didn’t make himself big enough. Again I’m probably being overly critical. TacticsThe big concern was that they would sit back, soak up pressure and try to catch us on the break.Pre-game I was worried when I saw Özil on the left, but I needn’t have been. Our tactics became apparent from the kick-off with Theo and Özil tucking in and creating a narrow forward line. This was meant to invite their full backs forward and create the space we needed to hurt them. Watch the game back and look at the starting position of Theo and Özil for their goals. I’ll give you a hint. Tucked in to a central position. You may also notice that their full back had been drawn out from the start, which allowed Chambers to go past him and get his cross away. After that their game plan went out the window because they had to try to score, and smaller teams coming at us is exactly how we like it. Getting carried awayObviously our chances of retaining the FA Cup are better following the other results of the weekend so I’m already getting carried away at the thought of back to back Cup wins. There is a feeling of positivity around the club at the moment but I would preach caution. A top four finish would still constitute a good season bearing in mind how badly we started. A cup win would be a big bonus. I was reading Subomis’ blog this morning (well worth a read) and I love his positivity around the Champions League. Realistically I think that we still have a long way to go before we’re truly capable of beating the likes of Bayern Munich, Real Madrid or Barcelona, even if Arsene has been slowly addressing our issues. The trick will be getting into the competition next season, when we’ll have a better chance at cracking it. Aston Villa

Everyone I’ve spoken to about this game is confident. Villa are not in good shape at the moment and they’re struggling to score goals. Combine that with the fact that we’re at home and on paper it should be three easy points and an easy game. Here’s the problem. There are no easy games in the Premier League. Villa have conceded the same amount of goals as us in the League. 25 conceded is actually quite respectable and the only reason they’re down in 15th is because of the goalscoring. If they get one against us we’re going to have a game on our hands. Benteke has been looking like he can’t be bothered recently, but if he plays against us you can guarantee he’ll put in some effort. It would be so very like us to drop points in this game, but I think we’ll be ok, if for no other reason than the fact that we’re at home. Alexis might miss the game, and even if he’s 90% fit he shouldn’t be risked against Villa with spurs next in the league. A fully fit Alexis will cause them more problems than they can deal with. PaulistaBefore we all get carried away again let’s remember that he’s going to need some time to adjust to this league. He’s also going to need to put on some weight. Even Özil has been told to bulk up, and he’s a cultured number 10. Paulista is meant to mix it with some big stikers, so he’ll need the extra strength. I’ve got high hopes for him though. He’s tall, quick and a good reader of the game, (I’m told). He’s also young, so hopefully he’ll be with us for a while. The squad is really starting to come together and the manager seems to be embracing change, (a little bit). If we cruise against Villa and beat the scum next weekend I’ll start getting very excited. Give me a follow on Twitter (@CaptainDeeg) if you feel like it. I’m all about social acceptance.

Arsenal now have a ‘Blueprint for European Success’
Exclusive tales from the Arsenal Treatment Room with Matthieu and Mikel- Unbelievable!!