It’s been a while since my last post for Gunners Town. Apologies for that but being busy with my book launch and blog in Germany didn’t leave that much time. After Sky Germany broke the story about Julian Draxler edging closer to a Schalke exit I thought now is a good time to get back on track. So let’s get right into it.

As reported yesterday Schalke 04 Wunderkind Julian Draxler it seems will be transferred this summer with the likeliest destination being the Premier League. Arsenal were immediately linked with a move for the talented Schalke kid. No surprise given the fact he was a transfer target in the two last transfer windows as well. The main question is if we still need Draxler or if he is just an overpriced target hyped by the media. Certainly I see in the UK that the Express and the Mirror are headlining that Arsenal are leading the chase but I won’t link and give them the benefit of the clicks here.

Linked to Arsenal so long – Here he is Kitted out 2 years ago!!

Given his position on the field I can hardly see where we should fit in a player of his kind. Draxler is used to play in the offensive department naturally on the left flank or in the middle if necessary. He’s not a central striker and not even transformable into one for me. I know some fellow Gunners feel he can be converted by Wenger as with Henry and van Persie but I don’t see it.

So if our  current need is a 20-25 goal a season striker he just won’t fit the bill. That said he is still a very talented and very young player that can be a future star player. The question which needs to be answered here must be if we can afford to get Draxler back on track and if we want to invest not only some of our transfer budget but also time. The time factor is based on the fact that Draxler has been hit with injury problems in recent seasons, which has hampered his development big time. He didn’t get into any rhythm and seems to be far away from the form he was in not so long ago. He only played 19 matches in all competitions last season scoring only four goals.

Too often on treatment table and progress hampered

In my opinion we need to sign players who give us something special right away and push us onto a new and higher level as we are at the moment cause that the difference from winning the league next season or missing out to Chelsea or City. Draxler is not that player at the moment and is not worth the minimum of 30 Million Euros we would have to pay for him. Bottom line is we should focus on a central striker and a central defender besides the goalkeeper situation. If Walcott won’t sign a contract extension we can start thinking that topic all over again but as it seems he’s staying so we can put the Draxler story to bed. 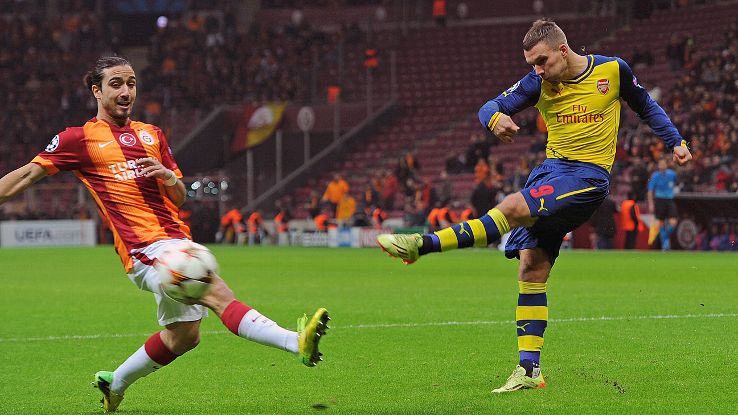 Gala remember the goals and not the work rate of our Joker!!

In other news Galatasary seem to have made a bid/agreed terms for the signing of Lukas Podolski. Not sure how reliable the news from the Turkish media is but we are all well aware of the fact that Podolski, as lovely he is, has no place in the current Arsenal squad. If he won’t leave for Galatasary he will head elsewhere.

That’s it from me for today.

Mad, Jens-like, thirty-something German. Waving the Arsenal flag in Münster, Germany. Red member. Visiting Arsenal matches for more than 10 years now. Still fussed EasyJet won’t get me free flights. Always down N5 with my dad. Worked in London for about half a year. Started my own German Arsenal blog about two years ago. Expert on Bundesliga issues. BVB my local club.

West Brom and Leicester: Squad additions needed to repeat this year’s feat and could one be an Arsenal Loanee?
What could the possible Cech transfer mean to Szczesny, Ospina and Martinez?