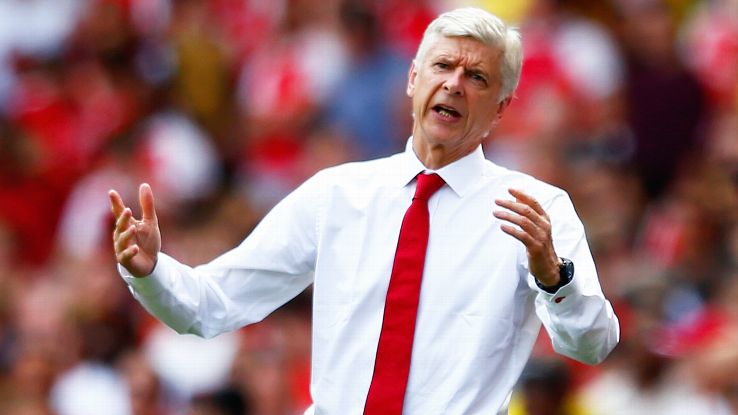 Needs to restore confidence having witnessed impact of over confidence

We were complacent. There was so much confidence going around before the game that no-one saw this result coming. Obviously the players felt it too and even when we went a goal down I was convinced that we’d pull one back and then go on to win the game. The problem is that whilst confidence is good, over-confidence is bad. It leads to all sorts of problems, including complacency, a mentality which is hard to snap out of.

The complacent mentality that we had going into the game at the weekend was one of the major reasons why we lost.
In addition we weren’t as sharp as West Ham, who had already played several competitive fixtures in the run up to the game. They looked a little fitter and more prepared for the game. We also set up to play quite narrow and it just didn’t work out for us, however in my opinion the main reason we struggled was because Arsene broke up our magic duo of Coquelin and Cazorla. They have formed a wonderful partnership and I was a little surprised to see Santi on the left and Rambo sitting next to Coquelin. The alternatives however make the decision understandable. Özil did well against Chelsea on the left but we needed his creativity against a team we knew would defend deep and in numbers. The Ox doesn’t routinely play well on the left and Theo is the same. Ramsey has previously been deployed out wide, however he also prefers the right side and moving him wide would have deprived us of his goal threat. With Wilshere injured that really left only Santi. The positive from our poor display going forward is that it’s settled the lingering question in the minds of some Gooners of who to play centrally. For me it’s always been Coq & Caz and now we have proof.

Towards the tail end of last season we had some issues with teams defending deep and hitting us on the counter. I wrote a blog in the run up to the West Brom & Cup final games that we had to focus on breaking such teams down. We did it then and we’ll have to do it now or we’ll be out of the title race by October.
One of the things that we missed in Alexis’s absence at the weekend was his ability to trouble a goalkeeper from distance. Playing with a narrow formation has its advantages, (if it didn’t nobody would do it). One such advantage is that it gives our wide players more room to play. In the case of Alexis it also gives him some room to cut inside and pick out a pass or shoot from distance. He scored some superb goals that way last season, (most memorably in the cup final) and we missed that against the Hammers.

Playing narrow also tends to pin the opposition back into a small space and makes it hard for them to get out and attack us. Don’t let people tell you it’s too easy to defend against because although it can be, (and I’ve previously thought so myself) if it really was we wouldn’t score half as many goals as we do.
So will we have the same problems with teams defending deep and hitting us with the sucker punch? Yes and no. Teams will come to the Emirates and play that way, but we will break them down. Another way to look at it is this; if Cech had had a better game we would have been talking about a frustrating 0-0 draw.

Palace away at Selhurst Park won’t be easy. Alan Pardew is a good manager and he’s put together a very good team. Cabaye is a top players and he’ll try to control the game for them. They also have players like Bolasie and Puncheon who can really hurt us plus they’re a threat from crosses set pieces, so we can expect to be attacked down the wings.
For those reasons it wouldn’t surprise me if we played narrow again with the intention of forcing them to match our shape. This in turn will make their attacks easier to defend against because it gives Coq & Caz less ground to cover when we lose the ball. Any attempt at a long pass to wide areas to bypass them is then easily covered by the full backs. If they’re caught upfield then Koscielny will come across to cover. (Watch out for Kos clearing balls on the wings).

These guys can hurt Arsenal from the wings

Normally I’d say that a draw at Palace is a good result, but we really need a win after the West Ham debacle because we don’t want to be playing catch up already, so fingers crossed. The result may have given the players a wake-up call that could ultimately be a good thing, so we may see a more determined performance this weekend. Also Alexis is back and has had a full week to train, so I’m confident we’ll get what we need. (Sort of).

Ramsey should start for Arsenal against Palace. On the bench.
Dear Jack Wilshere I’m worried about you. Yours sincerely, a concerned fan.