Hi everyone. I’ve been a bit silent recently due to having some issues with my internet. However, as I am writing this, Arsenal is having its Annual General Meeting, with members of the Arsenal Supporters’ Trust in attendance. Everything you read in my blog after this is purely my own opinion and not that of Gunners Town or its editorial staff or other bloggers.

I wrote this article for Premier Punditry back in January 2015 before the F.A. Cup win last season and the last 3 paragraphs of that were on Stan Kroenke, who is the current majority shareholder of Arsenal for those who aren’t aware of him, and some thoughts on the future of Arsenal in the medium- to long-term. I’m going to try to elaborate further on that in this blog.

A few things worry me about Stan Kroenke. The most major red flag for me is that Kroenke has not put any of his own money into Arsenal aside from his purchasing of club shares, to my knowledge. I think that an owner who doesn’t invest any money would also be more inclined to simply take money out of the Club whenever he chooses, without much thought to the individual people who have contributed to those coffers, e.g. the fans.

There will probably not be any drop in prices of ticket sales for fans, either. Now, I may be an overseas fan, so many England-based Arsenal fans  may not consider my opinion to be of any value, but, at current prices, I would not go to watch Arsenal play a match at the Emirates if I was in England on holiday. It is simply too expensive. I imagine many of the U.K.-based fans likely feel the same way, as they are being priced out of going to matches. In a survey done by the BBC and this picture posted by @FourFourTweet, the high season ticket and match-day ticket prices that Arsenal fans pay are shown – there is a match-day seat listed at £27 but I suspect (and please correct me if I am wrong) that this is for an away match in the Capital One Cup at a Championship-based club, where the view of the match is likely to be at least partially obscured. In my opinion, those sorts of tickets should not be listed in the first place, or should be listed at a massive discount. A season ticket at the Emirates costs a minimum of £1014 according to that survey. Correct me if I am wrong but in England, I am pretty sure you can buy an old, running car for that kind of money!

Bringing this blog back on topic to Stan Kroenke, @PR_WhoRU  posted a tweet about Stan Kroenke and Arsene Wenger being evasive about the cash reserves not being used in the transfer window. At least some of those reserves have been built up using the very high ticket prices but also through merchandising, player transfers and other activities undertaken by the Club. My own personal suspicion is that a large portion of this cash reserve will be withdrawn by Stan Kroenke in the next 12-24 months to partially fund the move of the St. Louis Rams (the NFL team that Kroenke owns through Kroenke Sports Enterprises or KSE) from St. Louis back to Los Angeles, where the Rams played until 1994. Due to Kroenke being the majority shareholder, he will not be opposed should he choose to take money out of Arsenal to fund his other ventures. KSE has already been paid another £3 million in “consultancy fees” this year. I’m not sure what exactly KSE did to earn their £3 million and Sir Chips Keswick, the Arsenal Board’s Chairman, has declined to offer some scope into this again for the second year running. In short, the high ticket prices and the ability of Kroenke to withdraw money from Arsenal has me really worried about the long-term future of the Club while Kroenke is the majority shareholder. 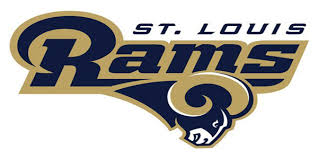 The one piece of good news is that London Colney and Hale End, Arsenal’s training facilities, are to be expanded further at a cost of £30 million. However, I think that this venture is likely to be paid for by funds within the club and not from Stan Kroenke. Kroenke, however, remained silent at the AGM and Sir Chips Keswick said that Kroenke would not be answering questions. A majority shareholder who has limited or no interaction with supporters at the Annual General Meeting, a format for supporters to question the Board and ownership, must be seen as a potential red flag.

If you have any thoughts on this, please comment below or tweet short thoughts my way @timjbharg

The first time I saw Dennis Bergkamp play was in 1996 – I started following Arsenal properly in 1998 after the World Cup. When Arsenal then signed Thierry Henry – a player I had seen in that World Cup win by France – as well as already having Vieira and Petit there, plus several English stars like Tony Adams, Martin Keown and David Seaman just cemented Arsenal as the club for me. There was very little football coverage in South Africa during the 1990s as rugby was (and still is) the dominant sport here.
I was not really ushered in any specific direction in terms of which club to support – I chose Arsenal myself. It’s only over the last 3 years that I have been able to watch matches regularly – we get excellent TV coverage of European football now and I try to watch all Arsenal matches live.

Invincibles Competition Blog – Do you know your history?
How Video Replays can be brought in to improve Football Now! – Learning from Cricket