So, the new season is just around the corner. We start the 16/17 campaign in style, by facing Liverpool at home. This should ensure the players and the manager approach the game fully concentrated on the task ahead. No underestimating our opponents, Liverpool is one of the teams to beat this season. So in a way I’m glad we play Klopp’s men, followed by the champions, Leicester. Let’s jump to who Arsene has at his disposal for the game.

We have five injured players as of now: Mertesacker, Welbeck, Jenkinson (all long-term), Gabriel and Wilshere (Jack should only be lacking match fitness though). On top of that, Arsene ruled out Koscielny, Giroud and Ozil, as the trio has returned from their extended holidays only a couple of days ago. Add Serge Gnabry (away at the Olympics) and Santi Cazorla (though I find doubts over his fitness strange) and we go into the first game without 10 players.

Amusingly, Liverpool is the only team which beats us here, with up to 11 players potentially out of the clash on Sunday. Among these 11 are the new goalkeeper Karius, Mamadou Sakho, Lucas Leiva, Dejan Lovren, James Milner and Daniel Sturridge, though the latter three are at least approaching fitness and can feature at some point.

We have two very obvious issues and a couple of smaller things to handle. The big problems are shortages in central defense and up front. I’ll start with the 2nd one.

Without Olivier Giroud, Danny Welbeck and that additional striker we all know we need, Arsene’s options are Alexis Sanchez, Theo Walcott and Chuba Akpom. While the latter pair had an encouraging pre-season, Akpom lacks experience to lead the line alone (esp in a game of such magnitude), while Walcott looked far more convincing coming in from the right. Alexis, though not your conventional striker like Olivier Giroud (strong, tall, good in the air), has the potential to be a blast in that striking position. The Chilean has also struck a very good understanding with Theo Walcott (one which Tim Stillman explores here) and that may be an additional bonus while we wait on Giroud and a new signing in the area. However I don’t think both will start on Sunday. Wenger will want to have options from the bench, starting both his strikers robs him of room for manoeuvre, so my money is on Alexis getting the nod up front with Iwobi left and Oxlade-Chamberlain right.

Sanchez poised to start up top

The centre-back situation is downright atrocious. All three our senior centre-backs have been ruled out, in a twist which rivals that of last August, when Gabriel and Chambers started vs Liverpool. This time around we don’t even have Gabriel who, for all his faults, is definitely a better option than Holding for now.

That Chambers will play I don’t doubt, however I’m far from being convinced Holding should partner him. Let’s have a look at the pros and cons.

That’s basically it. If you asked me who I would start, I would be hard-pressed to give you the answer. Think it should be between Monreal and Holding though, no Debuchy at centre-back for sure. Wenger has hinted he’ll start Holding, so we’ll stick to that, I guess. 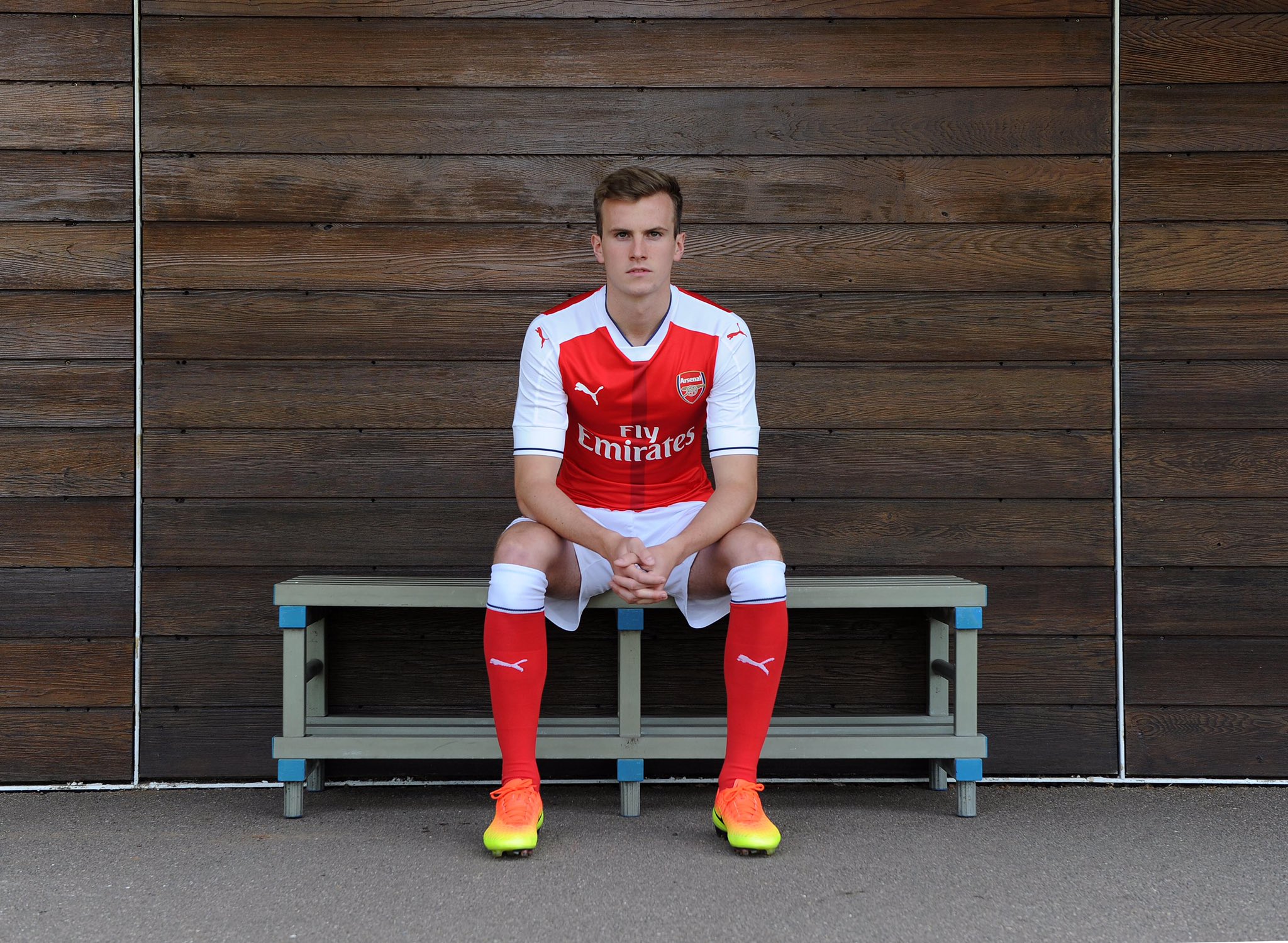 Holding in line for his debut

All that’s left is to figure out the midfield configuration. Even without Jack Wilshere and Mesut Ozil we still have 5 midfielders who can stake a claim at starting the opener. And no, I don’t think Elneny has any less of a chance. I’ll explain why.

Of all the players to feature vs City, only 3 completed the full 90 – Cech, Gabriel (God bless him) and Coquelin. Yes, the same Coquelin who most wrote off after Xhaka joined. Personally, I think he’ll have a big role to play in the upcoming season in games against proactive sides (Liverpool being one of them), but that’s not why I brought the whole thing up.

I think in the City game Wenger was looking for a midfield combination that is both energetic and defensively sound. He needs to find such a blend not only because on Sunday we’ll have to match Liverpool in terms of energy while also playing around their press – Arsene also should find a way to provide extra protection for his centre-backs. You would say Coquelin and Xhaka is the most secure pair defensively … but it’s also quite slow, that’s why I think Wenger broke it up and introduced Elneny at half-time.

I’m also not sure the Frenchman was convinced by Ramsey behind the striker. Rambo offers an additional goal threat this way, but not enough in terms of creativity. Hence why he was subbed off for Cazorla.

All in all, I see two possible variations which we can see on Sunday: Coquelin, Elneny and Cazorla or Coquelin, Cazorla and Ramsey. The first one looks the most balanced, the second has the benefit of the Coqzorla axis and Ramsey in a freer role. I’d wager on the first trio, as it’s the one that featured most during pre-season and allows for a straight Ramsey for Cazorla switch.

Would be surprising if Coquelin doesn’t start

It’ll be a hard game, made harder by the fact we haven’t done the required business in time. We knew there is a risk our players can do well at the Euros, go far and return late. We knew we needed a striker when the extent of Welbeck’s injury became known in May. We knew we needed a centre-back after Mertesacker’s knee snapped in late July. We haven’t acted on it.

I’m not saying all this because I don’t think we can win the game. We can. But we made our life very hard indeed and, if our profligacy in front of goal or problems in central defense cost us, fans will point at the Club’s inactivity, or at the very least inability, to address the issues we knew were there long before kick-off. Frankly, the thought of having to endure the post-match outrage for a week if we drop points is nigh on unbearable to me.

So let’s hope we do what is required and get the points. Come on you Gunners.

Back with a review

Arsenal’s Midfield and Forward Momentum for 16/17 – 10 Interlinked thoughts ahead of the Big Kick Off
Does Wenger actually have a plan as he once more allows Arsenal to enter a season short-handed?

One Response to Any takers for the Coq Holding Roles versus Liverpool? – Surprise Selection Predicted