The feeling that something has gone so badly wrong it’s beyond repair has haunted me for a while now. Normally, after Arsenal lose a couple of games, or lose just one but in spectacular fashion, they walk the walk in the next game or two and bounce back.

Now they don’t. The problem goes further: they don’t want to. The players don’t put in the effort and can’t seem to be bothered in the slightest.

Or maybe it’s a measured, reasoned decision on their part? Then I should express my condolences to Arsene Wenger. Yes, you read that right. It appears to be a foregone conclusion the Frenchman has lost the dressing room, however I do not think our manager deserves to be let down in such bad fashion by his own players.

A large bunch of whom just fell off a cliff in terms of effort and application. This can’t be a coincidence. I think what we are witnessing is a situation akin to that of Chelsea last season. It looks almost a silently agreed-upon plan to drive Wenger out. 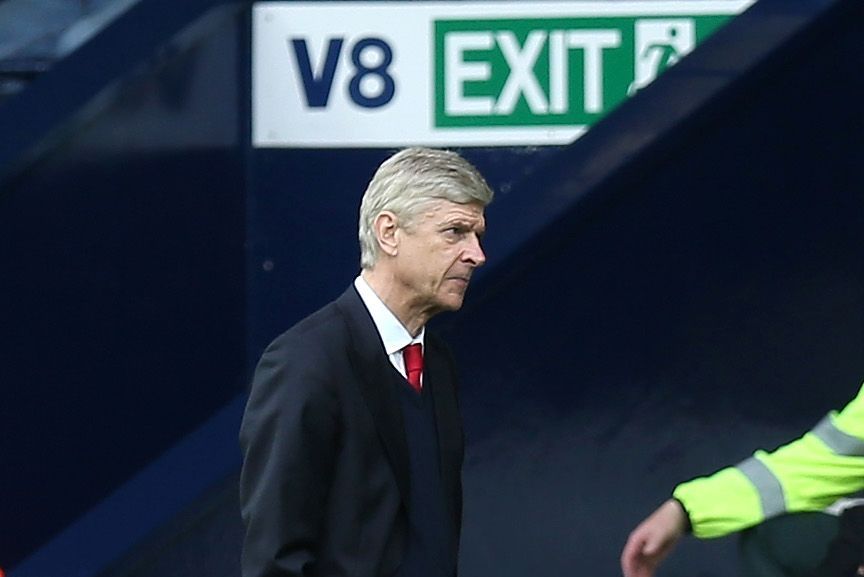 We put out, what some people not unreasonably argue, our best side. It was a 4-3-3, it was full of beans (on paper), it had a pacy forward line and a seemingly complementary midfield. And that team was swept aside. We were much worse at what we were trying to do (and trying is pushing it) than West Brom and got deservedly beaten.

In the preview I argued the case for Ollie Giroud and Mesut Ozil starting. I stand by what I said. We lacked incisiveness to our play, no one, perhaps with the exception of Granit Xhaka, our deepest-lying midfielder on the day, was willing to make penetrative runs or passes. So Mesut Ozil would have come in handy, at least in theory.

I wish I could say the same about Olivier Giroud, but seeing him cut a forlorn and frustrated figure in his sub cameo puts me in the frame of mind even the Frenchman couldn’t have influenced the game in any meaningful way.

It’s not entirely his fault, though. Our players seems to have forgot there’s such a thing as a centre-forward. When Welbeck was leading the line, he got as little service as Giroud did when the latter came on. The midfield was just not interested in passing the ball forward or breaking the lines otherwise.

It was compounded by yet another shambolic performance from our defence. Cech kept us in it with a couple of great saves, but then he injured his calf in an innocuous enough passage of play and on came Ospina.

I hold my hands up. On the basis of this game, I was very wrong to want Cech dropped and Ospina given a run in the Premier League. The Colombian’s blunder led to the second goal and his shot-stopper attributes were of no use for the third. He was left hung out to dry by our defenders, who allowed Craig Dawson another free header, however Ospina’s overall profile still wasn’t really helpful.

I do not know whether his height has anything to do with his reluctance to come out and handle crosses, but against a team like West Brom we needed a commanding goalkeeper between the sticks. Maybe Ospina will prove me wrong against Manchester City by pulling off a couple of world-class saves, however his aerial shortcomings were not welcome yesterday.

Another player I’m deeply disappointed in at the moment is Shkodran Mustafi. I have started paying closer attention to the German’s game recently and I have come to the conclusion that we either overhyped his ability or that he is simply badly out of form. He gets turned really easily, he seems not proficient at winning headers, his positioning is suspect at best and I’m getting seriously worried his newfound penchant for lunging into tackles will cost us in the near future.

Obviously we don’t know the extent of Cech’s injury, and I’m not convinced Martinez is the man to pick up the mantle at such a torrid time, so Ospina will have his shot most likely, but Arsene can, and should, take out Mustafi. We have our de-jure captain sitting on the bench, we have a very promising youngster in Rob Holding, whose understanding with Laurent Koscielny was evident in the first games of this campaign.

I’m tired of arguing the case for Lucas (apparently injured), while Alexis’ ‘shattered ankle’ is unlikely to heal soon, so I don’t expect major changes to the front three. Can we shake up the midfield in any helpful way? Barring Mesut Ozil, who should man up, I don’t really see how. The reservations about Iwobi and Coquelin haven’t gone anywhere. Should we thrust in Elneny perhaps?

I just don’t know anymore. This side has far more serious problems than a couple of changes can solve. And not like Arsene hasn’t tried. He dropped both Coquelin and Iwobi, he settled on a flat midfield, he introduced Welbeck at centre-forward, I suspect he omitted Ozil on purpose. 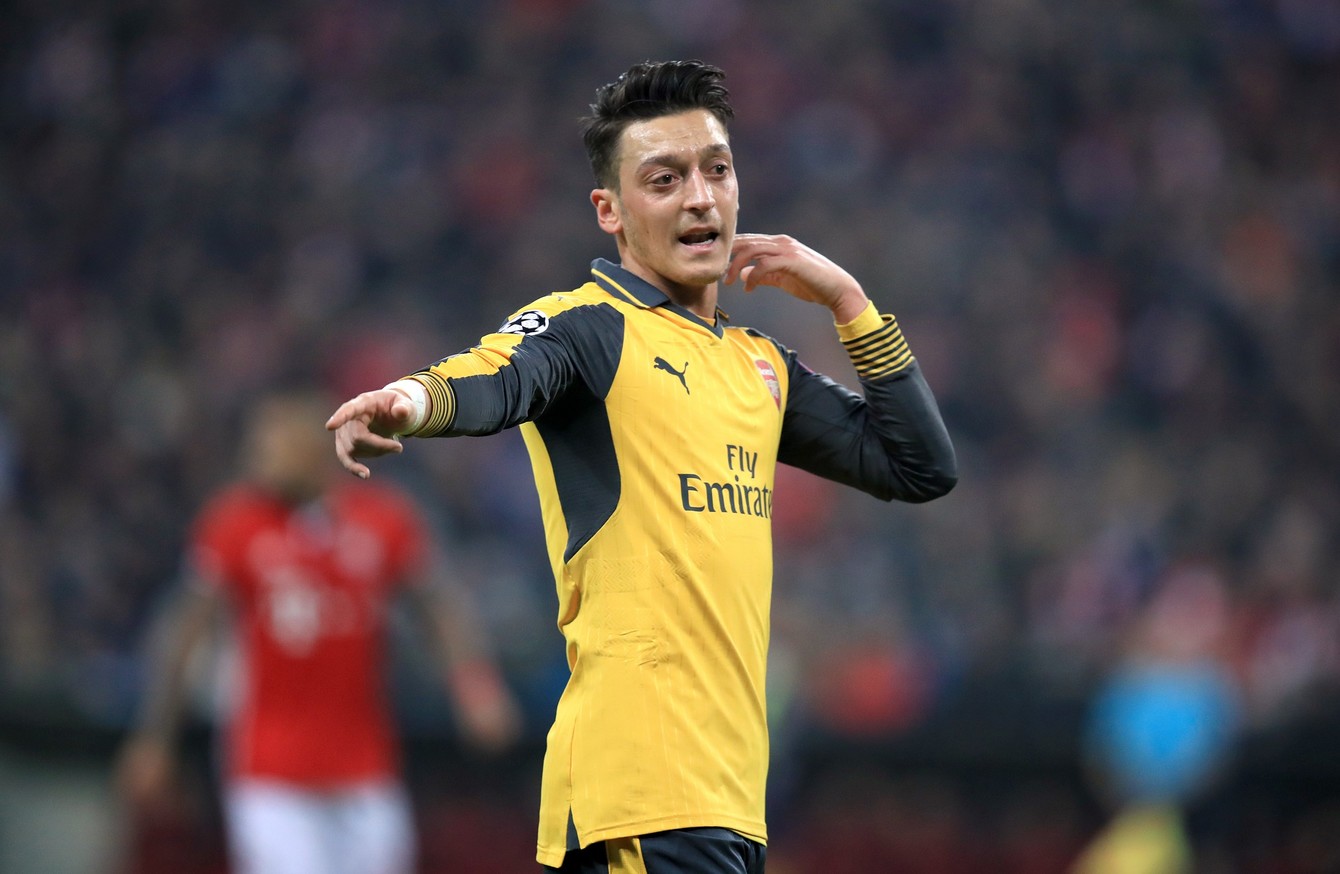 Left out on purpose?

What I’m seeing is a team unwilling to fight for their manager. Despite his public backing of the players, despite his experience in fueling up the side for a late top 4 charge. I think he should announce he is leaving as soon as possible. Maybe this will have the desired effect and make the team come together for one last final bow.

However the overall picture is both sad and ugly. If there is indeed a player rebellion, this will become evident with a new man in charge and will tarnish their good reputation, at least it will for me. Ironically, only Alexis Sanchez seems to carry on his professional duties of playing well. Ironically because he will likely leave come summer, but most of others will stay. These others should take a long and hard look at themselves.

For it doesn’t matter that the fans want the manager out. It doesn’t matter if the players want the manager out. What matters is that the players give their all in every game, so that we can be proud they are wearing the red-and-white shirt. If Arsene’s goodwill towards them is not enough to leave their all on the pitch, the players should have their professional pride at the very minimum. But no. Such is the world we live in.

I’ll sign off here. Take your mind off Arsenal if you can and try to enjoy the rest of the Sunday.

Stats Don’t Lie: Arsenal are Sideways Passing themselves into Oblivion
Oxlade-Chamberlain to play in a 343 for England and maybe Arsenal?