It doesn’t take much to baffle me. I’m easily baffled. One thing that does baffle me immensely though is that Tomas Rosicky has hardly been used this season when fit and available. I don’t know why he has hardly played. Maybe he and Chuba Akpom had a sleep-over in Arsene Wenger’s jacket and left a pony in there. But seriously, and I mean seriously, surely Rosicky hasn’t fallen that far down the pecking-order?

Who dumped in my jacket? Tomas!!!

Rosicky has arguably been one of our most influential players in recent seasons when we hit the run-in end of a campaign. So I can’t understand why he has hardly featured this year.  Of course, Tomas has suffered injuries from time to time and was out for a while. But he has been overlooked more than I am when standing outside the gaff of Kelly Brook in a thong made up of £50 notes.

Wrighty in this cash filled thong!!!

Maybe people won’t agree with me (different opinions and all that) but I think Arsenal are a completely different side with him playing and I would look to play him in EVERY game he is available from now until the end of the season. Rosicky injects a bit of pace and directness to our play, something, let’s be honest, we can lack at times for long periods of a game. I would go as far as saying I’ve seen sloths less lethargic than us in London zoo during the NLD.

Sloth in London Zoo or Ozil in NLD – Spot the Difference!

We need all the fighters we have at the moment to play. You could say a team line-up of only Sanchez and Rosicky might have a slight disadvantage but I bet those two would still make up the rest of the teams nuts and then some. Mr T would agree. Leaders are crucial to us at the minute. Who do we really have as leaders in this squad? Wilshere, Per, Rosicky, Arteta and Sanchez? Most of them lot are injured and more cream crackered than me after walking up the stairs. 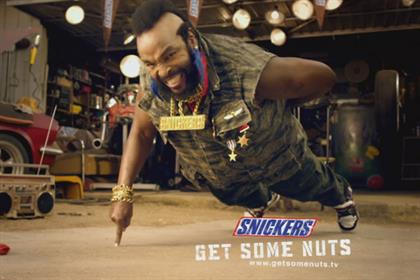 Sanchez and Mozart have the Nuts – Do the rest?

I’ve said before our team has so much talent. And I still stand by that. But you can have all the talent in the world and it won’t work if you lack character. Rosicky has both.He is such a joy to watch. Seriously I think watching Rosicky excites me nearly as much as the thought of Nicole Scherzinger taking me out for a KFC and then she does one of them bum-wiggle twerk thingys after. In our own private booth of course!!

It takes a lot to make me sick. But it makes me sick to think we’ve never had the best of Tomas because of his injuries. He’s no spring chicken anyone. I know he looks 12 but he’s pushing his mid-thirties now and we are seeing him in the twilight of his career.

Rosicky gives us something extra and I honestly believe he needs to play every game, especially the big ones, from now to the end of the season.
Keep It Goonerish……….

Permanently tanned, love a bit of banter and serial defender of Arsenal Football Club. In my opinion I defend the club better than the days of Seaman, Dixon, Winterburn, Adams, Keown and Bould. But seriously, and I mean seriously, I love the club. I love Arsenal more than BBQ Spare Ribs. And that, trust me, is a lot. Lets go.

After the NLD Apocalypse just remember its 19 YEARS since they finished above us.
No need to Panic after NLD defeat with 9 games v teams in bottom half we are on Easy Street to Champions League!

3 Responses to Arsenal need fighters who play for the GUN – That means Tomas Rosicky!