“The Premier League is a very important championship, perhaps the most important in Europe. Everybody would one day like the opportunity to work there.” – Leonardo Jardim

That opportunity may come sooner rather than later for the Venezuelan native, following a broad spectrum of news outlets have reported in recent days. However, there’s a contingent of journalists, bloggers and Arsenal fans in general who are too prone to indulge in fantasy candidates for Wenger’s successor. The likes of Diego Simeone and Max Allegri are certainly in that bracket. Two managers who enjoy the trappings of success and adulation from consistently competing at the top of their respective domestic leagues. They are managers who demand the resources necessary to remain at the top summit of La Liga and Ligue 1 respectively.

This is all well and good but the reality of the situation is they simply won’t enjoy that at Arsenal. In the age of Man City’s superpower financial status, they will continue to dwarf any spending Arsenal can dream of maximising – regardless of whatever we were promised when we left the marble halls of Highbury in 2006. Compounded with that you have the unparalleled global brand powered stature of Man United who won’t be far behind. We’re all very familiar with Chelsea’s oligarch fuelled spending which will continue to chortle along at will.

That leaves Arsenal somewhat on the outside and it’s something we just have to accept. The bottom line is we need a manager who has demonstrated an ability to compete with modest resources compared to rivals and more importantly someone who would be prepared to take on such a challenge wholeheartedly. It’s great to see a broader spectrum of sensible opinion now backing Leonardo Jardim for the job.

Perfect fit for the Gunners?

I first thought seriously about Jardim as Wenger’s successor around December 2016 when Arsenal had just demonstrated the first signs of the inevitable mid-season-wobble in the back-to-back away defeats against Everton and Man City. I’d noticed Jardim’s modestly assembled but formidable team were punching well above their weight in France. Jardim’s Monaco were the highest scoring team in Europe at that point. Having considered it for a while I was inspired to pen my piece (in pre-Gunnerstown days) in putting the case forward for Leonardo Jardim in succeeding Wenger in early 2017.

I recalled sides managed by Jardim who had impressively got the better of Wenger’s Arsenal in the Champions league with both Olympiakos and Monaco. Since then he’s also been triumphant against other premier league opposition in Tottenham and Man City in Europe’s elite competition.

In my original piece I went into detail about Leonardo Jardim’s early and recent career, what formed him into the coach he is today. I presented my argument and reasoning on how a team like Arsenal was the most obvious and natural stepping stone. In the current climate of a premier league spearheaded by such ludicrous financial resources, Arsenal represent a massive risk for your Allegris or Simeones.

I’m sure Arsenal will consider the identity of the club in making an appointment but I also hope they think long term.

Comparisons have been made between Arsenal’s looming era-ending decision and Man United’s direction in replacing Sir Alex Ferguson in the summer of 2013. There is a wide ranging assertion that an established name like Carlo Ancellotti would steady the ship for Arsenal at least in the short term and in so doing avoid a Moyesque disaster. Moyes was young, on the up and had potential much like Jardim. But that’s as close as it gets to a comparison.

Firstly, Man United had just won the league title in 2013 and the only way was down if the wrong appointment was made. Arsenal currently on the other hand, well… let’s not go there, surely it can’t get any worse?

Probs can’t get any worse

The ex-Sporting coach is proven in different European leagues as well as Europe. As I alluded to in more detail in my original article about him (above) he is a coach who across his career has formed and moulded a continuous assembly line of several accomplished elite players now operating at the top of the game at Man City, PSG and Atletico Madrid to make but a few.

However, what crucially sets Leornardo apart for me is his tactical nous as well as his attractive football. The fact of the matter is Arsenal have an identity, something any candidate must embrace as a pre-requisite – at the very least from the Arsenal board point of view. Raul Sannelhi and Sven Mislintat are already steeped in it. They have been appointed as Sporting Director and Chief talent locator respectively to provide the stable foundation of attacking football as the continuum.

Jardim himself is well used to working in this type of structure and will seamlessly slot in to this set up and the vision going forward. Yet Jardim will bring an ability to mix things up and adopt a fluid and well rounded tactical approach when required. The perfect balance.

Mislintat and Sannlehi complete the jigsaw

The vision so aligned with Arsenal’s fabric is to develop young talent and provide opportunities in the first team.

“Here (Monaco CF) we try to specialise and maximise the young players that we have.” – Leonardo Jardim

Jardim has consistently demonstrated this over the course of his career, especially while at Sporting and more famously in his current role. He is continuously under pressure to develop his young charges. He does so with aplomb.

In the current 2017/18 season following the seemingly spine bashing player grab by the elite of Europe in the summer, it was widely assumed Jardim’s Monaco would struggle to compete. PSG are currently some 14 points clear of second placed Monaco. But the context of the world shaking summer spending of the flashy Parisians suggests Jardim is still more than overachieving.

Let’s not forget this explosive financial outlay by PSG, in doing what seemed the unthinkable in tempting Neymar away from Barcelona among others, was of course fuelled by Jardim’s Monaco’s unlikely 2016/17 title triumph in the first place. I have my doubts Allegri or Simeone would be as successful in the same predicament.

Can Simeone replicate his success in England?

Less reported is the fact Jardim has also needed to cope with the loss of players like Dirar and Germain in the summer of 2017. These useful squad figures kept Monaco’s successful 2016/17 season ticking over much like Parlour, Keown and Kanu did for Arsenal during those rosey years.

Jardim has had to deal with a severe lack of depth during the current 2017/18 campaign which explains their exit from the champions league at the group stage. Yet he has defied the doubting journalists domestically. With a very young team speckled with ageing veterans like Falcao and Moutinho, he is maintaining the principality as a force at the top of French football.

Ultimately Jardim demands a lot from his players while improving them at the same time. As his ex-charge Kondogbia once remarked:

“He is a manager who is very close to his players. He really likes to give us confidence, but he also challenges us.”

This suggests an accomplished man-manager. It’s this credential which the likes of Allegri and Simeone seem most famous for and as a result so desired by some of the N5 faithful. This along with a more pragmatic tactical approach. 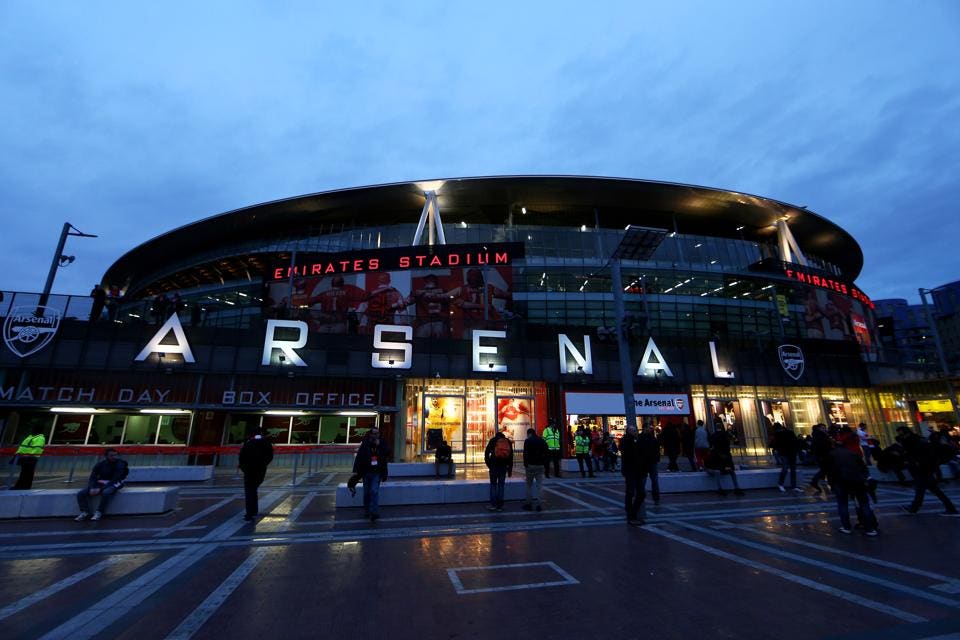 Jardim tailor-made to fit in at the Emirates

While there’s no doubting such characters as acceptable candidates once Wenger’s generational tenure ends, it’s the reality of the vision, structure and new era of organisational culture of Arsenal football club that Wenger’s replacement must fit into.

Moreover, Jardim is still proving his tactical credentials while having the golden touch of not only adding serious premium to young and unknown players but squeezing the maximum amount possible out of ageing veterans, discarded by other clubs.

This is a particularly useful trait for Arsenal which is arguably unparalleled amongst Europe’s elite along with coaches such as Guardiola. Jardim has improved players at a comparable if not more aggressive rate than the Catalan with a fraction of the resources. With Guardiola’s inspired brand of modern attacking and possession based philosophy taking the premier league by storm, the premier league is crying out for another comparable dynamic and enterprising mind.

That man is Leornardo Jardim and if Arsenal play their cards right, we can be the destination for one of Europe’s most talented coaches to realise his career goal of working in the premier league.

North Londoner living in exile north of the border. During the week I’m a PE teacher.

Time for some happy Arsenal Memories to Cheer you up!
Arsenal in Crisis? Yes.

7 Responses to Jardim in – The outstanding candidate to replace Wenger