Our esteemed former manager Arsene Wenger announced that his autobiography will be released soon.

Wenger still evokes mixed feelings amongst the fan base. Which for me is sad. Look – I wanted him to go a few years before he did. He was not developing tactically, and we were being left behind accordingly.
But nobody can dispute his successes and legacy. He is our most successful manager ever – and a true Arsenal legend.

I am awaiting his book when released.

Adebayor stated that Wenger came to him and said he wasn’t wanted anymore. Adebayor was devastated and since then had a grudge against both Wenger and Arsenal. The celebration at the Etihad surely was inspired by this (and fan angst to be fair) as well as his joining of Spurs and scoring against us. To date, he is the all-time top scorer in NLDs. Not Wright. Not Henry. Nor Smith, Radford, or Drake. And not Lineker, Greaves, Klinsmann, or Kane, or any other top striker that lot have had. HIM. Unbelievable, eh?

If Wenger chooses to speak on this, it would be intriguing to note.

The Cesc, Nasri, van Persie, and Alexis issues would be intriguing to note too. All left due to Wenger’s supposed ‘lack of ambition’. Would he counter this, or offer his take on what unfolded? Cesc is said to have gone on strike to force a move, and has openly said that some of his actions were regrettable. What Wenger thinks on this matter would be fascinating.

Would we see counterclaims that Man United players made when Sir Alex Ferguson made his biographies? Who knows? There are always many sides to look at a situation, and even now Roy Keane doesn’t respect Ferguson still. If there is any fallout from this, or what he will release, then players who both respect and dislike Wenger would have piqued attention. 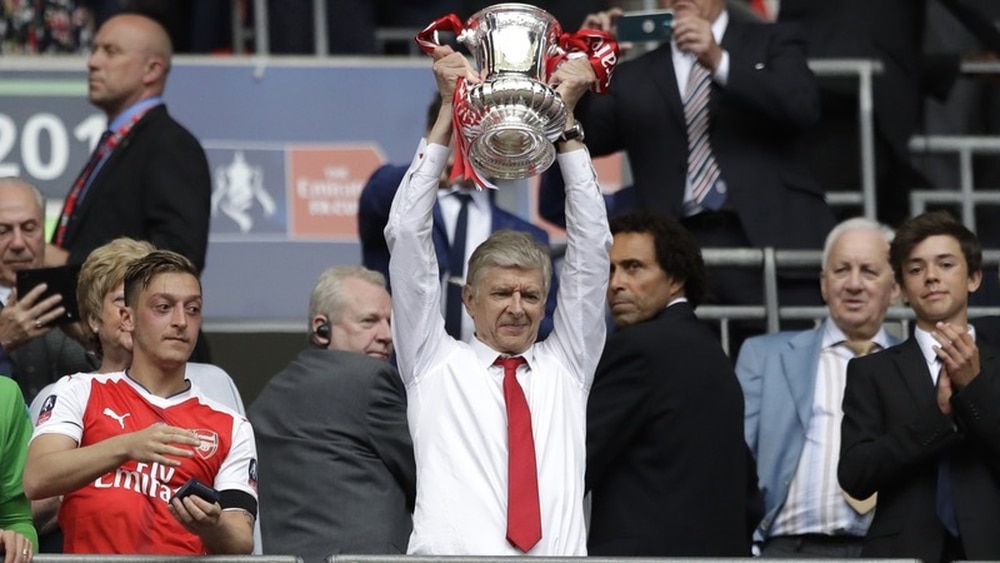 The last trophy that Wenger (and to date Arsenal) won.

What were his thoughts on the good times?

What about the Doubles and Invincibles? Signing Henry, Vieira, Overmars, and the other good players from the winning years?

What about the FA Cups in his latter reign, or winning the league at Old Trafford and White Hart Lane?

Wenger isn’t a stupid man – he must have known about AFTV and the other fan channels’ views on him.
I don’t dislike AFTV – though I get why others don’t like it. This isn’t a dig at them at all.
But some of the anti-Wenger comments were strong, even though the likes of DT and Troopz (amongst other regulars) have said in hindsight that they went overboard in their comments towards him.

But what is Arséne’s opinion? Was he hurt? Indifferent? Offended? Or angry?
People in public life face criticism. But there is a line between criticism and abuse. It is interesting to see how he would view them.

He and Mourinho have seemingly patched things up lately. I recall both Sir Alex and Mourinho hugging him warmly before the Old Trafford league game in 2018. Of course, both had tensions when they were at Arsenal and Chelsea respectively.

And we know he and Sir Alex are friends now. But both were at each others’ throats often in their heydays.

It’s interesting to read what he says on these relationships.

And even with managers who were never on his level – “Big Sam” Allardyce, Alan Pardew, and a few others he had run-ins with. Pardew danced when Palace scored in the 2016 Cup Final. Wenger didn’t dance but saw his team win seven times. A big difference.

I for one would buy this and would be intrigued to see what Wenger has to say about his career.

Incidentally, it’s called “My Life in Red and White” since all of the sides he’s managed play in these colours. Nancy, Monaco, Grampus Eight and ourselves all do.

I’d like to see Wenger back at a game sometime, and have a stand named after him. He deserves no less for what he’s done at our club.

An All-time British Arsenal XI – What’s yours?
8 Thoughts on Arsenal during the break: fast breaks, lucky breaks, breakthroughs and breakdowns

One Response to Arsene Wenger’s life in “Red and White”: a few things I’d like to see in Le Prof’s autobiography