In a secret hotel bar an unlikely encounter

I couldn’t believe my luck on Wednesday night. In a hotel, in the middle of nowhere, sat at the bar to watch the Madrid derby, and who comes in and takes the seat next to me…. None other than the boss, Arsene bloody Wenger, a slightly drunk Arsene Wenger, I kid you not.

“Hello…. I’m just letting my hair down” he says, as he orders a double white Russian.

“Here’s to the roubles” he says as he downs it.

Normally, I’d be all shy and in awe, but I’d had a few drinks at this stage myself, and seeing that he was worse for wear, I seized the opportunity for a chat…
He didn’t seem to mind, as the Madrid game was utter cack anyway….

I decided to start on non football chat, just so as not to annoy him.

“So Arsene, why come to a shithole like this to let your hair down?”

“Myself and a lot of other managers do it from time to time, come to places like this, nobody here, nobody knows us…. Normally??…  Nobody cares, and just get hammered drunk, with no cameras or pathetic questions to annoy us. The problem is though, since it’s become popular with other managers there’s a greater possibility of meeting one in the same place as yourself, and it can be a nightmare, like meeting a bum at a cash machine, ‘can I loan this’,  ‘can I borrow that’, ‘can I pick your brain’ shite, defeats the whole purpose.” 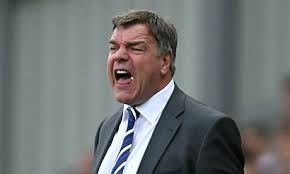 “To alleviate this, I’ve started going onto TripAdvisor and checking for posts from other managers, to try to nullify the chances of bumping into one, but the problem is finding their nicknames…. But luckily, I have contacts.
David Gold told me Big Sam goes under – AngryArsedJabba, so I can check for reviews, and immediately strike it off my list of hotels. Another one I’ve recently had to keep an eye out for, since he moved back down South again, is ThunderbirdLip – Alan poxy Pardew – manager of the year my derriere, what a horror show to walk into a bar with those two sitting at it.”….. Sighs deeply…

“You also get the tight arsed pundits in too, the ones who won’t pay for a city centre hotel, even though they earn more now for talking shite than they did while playing shite, you must watch out for them, as they pick your brain in a sleazy way, and then blab all over TV the next night, ’oh Arsene said this, Arsene said that’….  Cretins are all they are, disgusting humanoids.”

“So I have to search TripAdvisor or in a lot of their cases bloody Hostelworld, 18 bed dorm jobs for the pundits too…. ‘And the fuckers call me tight’……” (knocks the White Russian back and calls the barkeep).

“Names like ‘BobbyDavroFan’ – Robbie Savage – should be Alf Stewart’s wife, Ailsa more like, or ‘PinkShirtWalrus – Mark Lawrenson – more like ‘Confused Fucking Bagpuss’ if you ask me.”

And a beaming smile comes to his face as the barman plops it onto the bar in front of him….

“Ahh the memories..” he says, “the steamy hot nights in Brazil.”

I so wanted to ask, but thought I’d better not, as he looked at me, smile disappearing, as though he’d just come out of some LSD flashback, and I knew his next words would be ‘DON’T’, had my lips even looked like moving.

I didn’t get to ask him something else before he carried on, not quite ranting, more like drunken drivelling.

“Bloody pundits!!! Bloody TV” he scowled, voice raised slightly, a slight bang of a beermat on the counter.. “How people, fans of football listen to them, prey on their every word amazes me.. Nothing but Groundhog Day clichéd bullshit. For crying out loud, I got home from a game a few weeks ago, and turned over to Match of the day 2, just to see highlights of the day’s games, and to my shock I see Noel fucking Gallagher on the panel, Noel Gallagher?? In what other country or sport, come to think of it, would you have a pop star sitting on a panel of a sports highlight show? I can’t see Antonio Banderos sitting in on Spanish TV or Shakira ripping the arse out of the defensive structure of the Colombian league leaders on TV1.”

“These shows should almost be like a training programme highlighting to fan, and especially kids, or wannabe players or coaches, the rights and wrongs of a game that had been played that day, not an opportunity for a celeb to come on and lick the arse of his own team, and rip the piss out of every other manager, players and fans of all the others, – pathetic. How about they spent more on longer highlights and less on the idiots they have presenting and assisting on these shows. Oh it gets to me.”

“Everything gets me, in the week leading up to Chelsea though. That’s why I come here on the Wednesday night to get fucking rats-arsed, as I have to go in tomorrow morning and do a press conference and nicely answer questions from idiot journalists about that grey, weasel headed bastard Moreno and how great he and his team are, and now I’ll also have to answer about that hairy little ‘Alf the alien lookalike’ traitor Cesc too. It’d drive anyone to drink.”

“I’ll just have to bite my tongue and play nice, which is what I do. Unlike that slimey fuck, who never shuts up about us, and then goes on about me having a telescope, always to my eye looking at them. (I know what I’d like to do with a telescope and that bastard, and a quiet room.) I only speak off that scrote when asked about him, he on the other hand is most obviously the voyeur, but our wonderful media will never see that, or allow it to be said.”

“Sure I might imitate Jose. I was thinking of cancelling all the guests for The Graham Norton show on Saturday night, and going on by myself, just to talk about bad refereeing decisions against us, just to put some pressure on.”

He looks at me with his lovely little grin, and carries on.

When he eventually stops laughing, I finally get a chance to speak again.

Me – ” Sure why not go sick, feck it, have a big dirty McDonalds sent to your room, pig out and spend a morning watching DVD’s or on the Internet, it’d do you the world of good, and you won’t have to big up Mourinho – win win.?

“Internet???  Me?? You are joking. That’s half the problem with people these days. ‘The real voyeurs’, peeping into everyone else’s world and either criticising it, or getting jealous, and then criticising anyway. It’s where a little gripe, turns to a huge moan, to a full on KKK style movement in the matter of minutes. Not for me thank you very much.”

“Where was I?  Ah oui, the Internet. The birthplace of the “I want it now” generation. Instant gratification of almost every desire. When I was growing up, and felt a little bit randy, I’d have to wait weeks for “Le album De famille” (Family Album) to drop in the letterbox, and hope to see a slight hint of pubic hair through a white brief set, where now, at a whim and a click, you can have all the sex you want, from teens to animals to dwarves, instant gratification, at a click.”

“They expect the same in football ye know, instant gratification, and immediate success. But real life doesn’t work like that, and without a sugar daddy, they may get used to Album De Famille in terms of Arsenal, and leave the animal sex to Jose and Co.”

He looks and me and gives a good hearty laugh again….Then the grin…Then back to the normal rigid look.

“Internet, TV, the lot, I can’t even turn on the radio no more, with fucktards like Alan Brazil on, a man who is due to start his show at 6 in the morning, and after a bout of intro music going on and on and on until about five past six, he finally appears at the mic, to talk a lot of shite similar to his intro, repetitive bullshit.”

“You just know he’s rushing in from the toilet, with his pants half on, half off, and a soiled stream of bog roll trailing behind him like a multicolour tail, that doesn’t look out of place on him, being an old dinosaur that he is.”

“I listened for a short while going to Colney the other morning…. Not a regular thing believe me..”

“Brazil and Co said if Brendan Rodgers were to get an FA cup and finish 5th or 6th, then it would be a successful season for Liverpool. Yet last year they mocked us for not only winning the cup, but maintaining champions league football too, where’s the logic in that at all? Unbelievable…  it’s lucky I’m a long time in the game, and I laugh not cry.”

I was just about to ask him about the players and what he thought of this  season as a whole, finally, a real football question, when up he rose, whipped his jacket around him like the Scarlet Pimpernel, totally cool and elegant, but then nearly keeled over, as the spirits kicked in…

“I must go to my place of slumber”, he says, “It was nice to meet you and chat. I shall leave you with a tip before I go as thanks for buying my drinks.. ‘When I book on TripAdvisor or leave a comment, I always use the name ‘BigSam’, I think you understand why now, nobody will want to stay if Sam’s around” (that grin again……)

And just like that he was gone, like a whisp, I half expected to see a small Bisto Kid style smoke trail left behind him…..

Wait a minute…. I never said I was buying his drinks, the tight, clever bastard.

Til the future, #UTA

Answer to ‘Woody’, as normally when ‘John’ is used, it means I’m in trouble for something..

I took my time deciding, didn’t follow the mainstream, and definitely chose wisely…

I let the club choose me, and didn’t let other people’s views or successes choose my club for me..

Seen the good times, the great times and the bad and really bad…

And strangely, enjoyed all of them, as you can only relish the good and great after you taste the bad…

Thats why I try to keep on the level-headed side of things, when things don’t go our way,

… and they WILL arrive…

Alexis Sanchez is Arsenal’s Wembley Hero and next up Maureen the Pantomime Villain
This is how Arsenal will beat Chelsea – Turn their ‘Strength into their Weakness.’

2 Responses to Exclusive unofficial interview with Arsene in a hotel bar – When Woody met Wenger!