No Plan B or C Wenger

I think that we can all agree that last night’s match was dreadful to watch. Sunderland came to the Emirates with only one idea: stifle the match and earn the draw that they needed to stay up. Sadly, it seemed that Arsenal only arrived with one idea too: pass it around the edge of the area through the middle, with the occasional low ball over the top for the opposition to easily clear. It was simply not good enough from Arsenal, who are now all but confirmed to finish 3rd in the league table.

I was baffled by the selection of Jack Wilshere out wide – he offers very little different out there than Aaron Ramsey, as both are central midfield players who like to cut in towards the box when they have the ball and not to push wide to cross it when in possession. What this means is that the team sets up in a very narrow manner when attacking, which, unfortunately, is very easy to defend against – all the opposition has to do is set up the proverbial bus so often mentioned in the middle of the park filled with defenders and central midfielders, which then stifles the match.

I was also puzzled by the inclusion of Santi Cazorla in the starting line-up in the central midfield position alongside Aaron Ramsey. Cazorla has looked tired of late, as he has played almost every minute this season, so being fatigued by May is not to be unexpected in his case (unlike Sterling’s “fatigue” reported in the past). I think the manager got this set-up wrong – Cazorla should have been played wide and Jack Wilshere through the middle. Yes, I know Cazorla’s preference is to play through the middle, but he is more likely to go to the by-line occasionally and swing in a cross than either Wilshere or Ramsey, who will cut in more often, as was demonstrated last night. 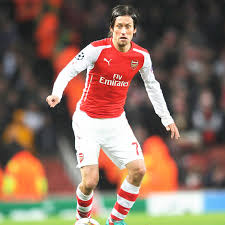 If Cazorla’s desire was to only play through the middle, why did the manager then not drop him to the bench and start Tomas Rosicky? Rosicky looked decent again when he came on late into the match, but there was simply not enough time left for him to weave his magic. Rosicky is another player who can play wide for us and he has a bit more inventiveness on the ball than Ramsey or Wilshere and is less likely to simply run towards the goal area when in possession. Gnabry could have also been selected to play this match – yes, he had been out for a long time this season but he has been playing with the U21 side for a few weeks now and is probably close to full match fitness. Even if he’d only played 55 minutes or so, I think his natural ability to push wide would have helped us.

Even Walcott would have been a starting option, but his inclusion from the bench for this match and not in the starting line-up, to me, means that he is gone in the summer. Sorry, Walcott fans, but if the manager won’t even start him against a low-placed team like Sunderland when Welbeck and Oxlade-Chamberlain are ruled out with injuries, that spells the end of his Arsenal career, as Wenger isn’t giving him a chance to fight for his place. 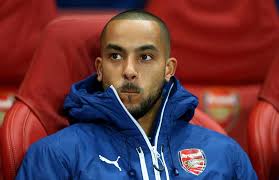 Can’t get a start

The accuracy of the passing into the box was also pretty poor in my opinion – most of them seemed to be headed towards the often on-rushing Ramsey or to Olivier Giroud, but it seemed to always go behind those players, Alexis being particularly guilty of this. Also, Alexis’ dinked low ball over the top that he tried (and Sunderland cleared almost every instance) so many times – at least twenty, possibly more – almost never worked and I was left wondering why he kept on persisting with this tactic. Yes, I understand Giroud is a target, but Sunderland’s goalie Pantilimon is the tallest in the league and their central defender Coates is the same height as Giroud, while o’Shea is also not a shorter player.

So where to next? West Brom at home on Sunday in the final league match can’t come soon enough – I’m already going to predict a boring 0-0 draw, as Tony Pulis-managed sides do not get thrashed often (bar their freak Q.P.R. Result) and don’t often make defensive errors. I don’t see Wenger changing it up either – he had the opportunity to shuffle the pack a little before the match and didn’t do so.

Plan B this summer?

After last night, it was clear that Plan A did not work for us, hence the need for a Plan B or even a Plan C in terms of tactics, positioning and personnel. For next season, I’d like to see a either a quicker box-to-box midfielder like Kondogbia who can attempt to draw a foul from a stubborn defence (why wasn’t Wilshere in the middle last night to do this?!) or another holding defensive midfielder like Guilavogui or Mario Suarez from Atletico Madrid so that Coquelin was less relied upon in that role, in addition to a winger or wide forward who can hold the ball and push wide to deliver more accurate crosses, which is not Alexis’ natural game but more someone like Draxler – the funds should be there for this, as there are a lot of likely exits in my opinion, which include Podolski, Flamini, Joel Campbell and Walcott in addition to sending out Sanogo and Jenkinson on loan again.

That’s all for this week. Thanks for reading (and sharing).

The first time I saw Dennis Bergkamp play was in 1996 – I started following Arsenal properly in 1998 after the World Cup. When Arsenal then signed Thierry Henry – a player I had seen in that World Cup win by France – as well as already having Vieira and Petit there, plus several English stars like Tony Adams, Martin Keown and David Seaman just cemented Arsenal as the club for me. There was very little football coverage in South Africa during the 1990s as rugby was (and still is) the dominant sport here.
I was not really ushered in any specific direction in terms of which club to support – I chose Arsenal myself. It’s only over the last 3 years that I have been able to watch matches regularly – we get excellent TV coverage of European football now and I try to watch all Arsenal matches live.

A Sorry Tale of The Media, Pundits and Gooners! – Are we just too sensitive?
Time to rest Ramsey, Sanchez, Cazorla and Giroud all dead on their feet against Sunderland – But for who? MOZART Please!

3 Responses to A is for Arsenal and A is Wenger’s Plan – There is no Plan B but Kondogbia is it.