“I have a little cock n’ bull story to tell you, about transfers”

Arsene in fact said, “I have a little cock n’ bull story to tell you, about transfers”, but never mind, he kind of said it… right?

Ah yes, that time of year again, when every word is twisted to make a story of transfer related bullshit.

(I think I may have used this before, but seeing as everything else seems to be on repeat, I said, what the hell).

That time of year when the journalists go trawling through ancient interviews looking for any form of hint of a future move that they can twist to suit to now. An interview in 2008 in a fashion magazine where a player is asked, “what are your favourite kits?”, he replies, “I love Arsenal, but probably AC Milan’s and Real Madrid’s first.” Mmmmm, what can we do? Benzema has stated “I love Arsenal” and from there a story grows, and sadly we’ve enough gimps following us, to help it spread.

Wenger has already stated in an interview that he thinks United will be buying plenty this summer, as every agent that rings him has said, “Would you be interested in ‘player X’, cos United have made a bid?” Arsene says no, agent rings newspaper, and says United have bid, and Arsenal have also had talks. NO!! Arsenal have not had talks. You rang flogging tat, and got told to sod off, end of, but don’t let that stand in the way of sensationalism. 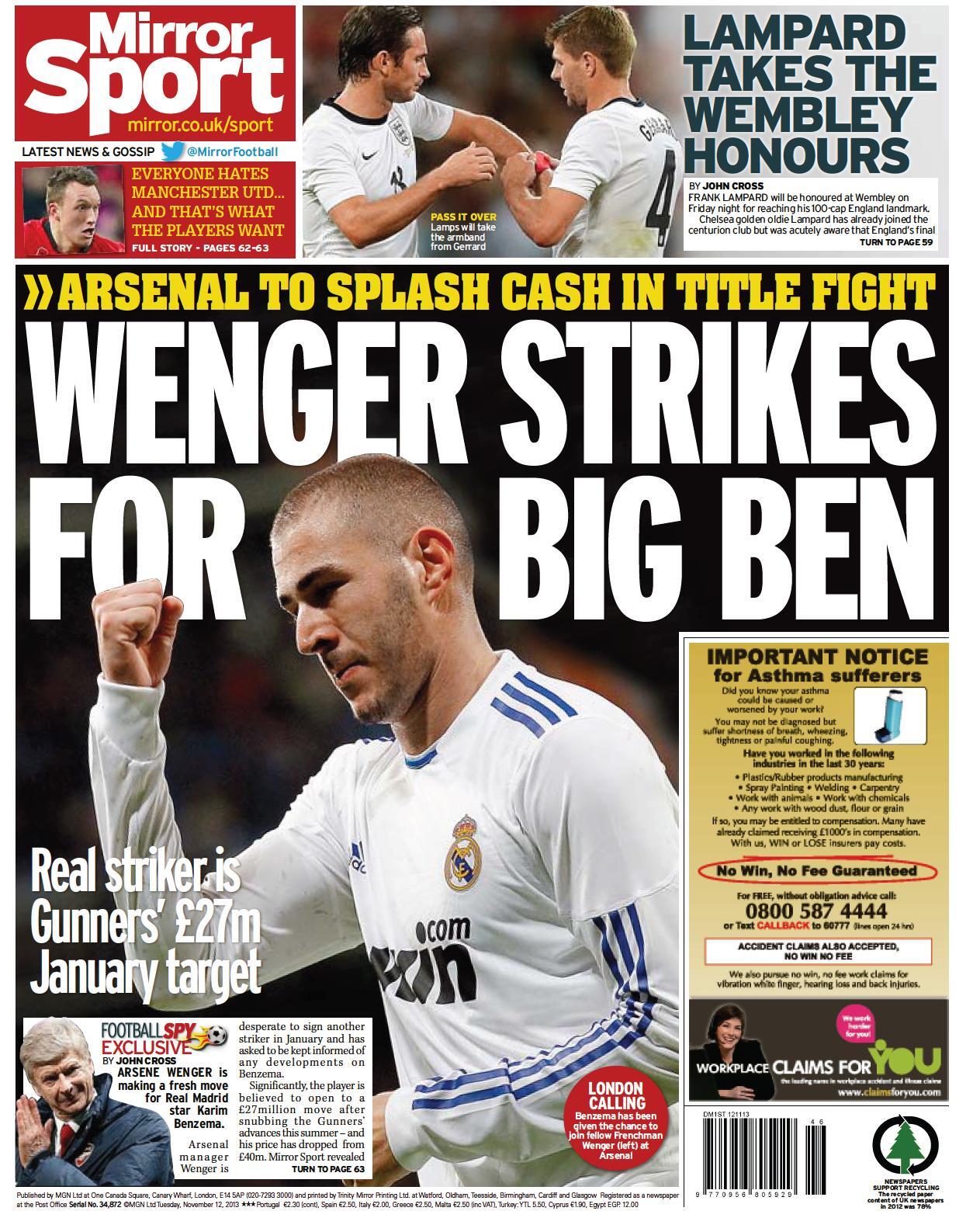 “Arsenal firm up interest in “x”…” NO !!! No they don’t. The only thing firming up is the manager himself, as he looks on at the cutie playing volleyball on the beach with her Goulalan’s hanging out, or her team-mate who’s obviously got a Fellaini growing just above her Kondogbia….”, so move on, nothing to see here.

Better view of her her Goulalan’s hanging out

I know there’s all the Cech stuff going on, of which I’m dubious of cos of the sleaze we’re dealing with, for any deal to be done, but that apart, the rest really is pinch of salt stuff. Kondogbia, Schneiderlin and the countless others, I’ll ignore… (Hope I’m wrong) for now. We have to move people out before we can buy as the squad is packed at the moment. Yes, I know Diaby may go, Podolski too, but the rest, Arsene will dwell a lot before just ditching someone. We know by now that one thing he is, is loyal to his players, loves to wait for them to finally show what he always thought they were capable of before ditching them. Coq being a fine example, Ramsey too, I suppose, as loads would have swapped him not too long ago, so while we can all say, “great, sign him, or sign that striker.” This is of course was the other little Coq who has grown into a huge Coq.

From small Coq to huge Coq

Arsene will consider every single consequence of a signing, weigh it up, and then decide, and as we also know, these things take time, especially with him. So don’t go holding your breathe, expecting huge transfers to be done soon, or unveiled at Ivan’s Q and A on Friday, as he’s also got some beach volleyball to play, and some honey’s to entertain.

More important things to do

Basically, almost everything (including this piece) is utter bullshit at this time of year. “Mandzukic is Utd’s main target”, we hear for a week, every day. He signs for Juventus for half the rumoured price. “Tevez to go to top 4 Premier League club”, he goes to Boca Juniors —- for free….. THEY KNOW F”K ALL…. It’s all lies… Again, I say, with it all move on, nothing to see here…

Who needs transfer gossip anyway, sure we seem to have enough to keep ourselves occupied anyway it seems – arguing over new kits, old kits, club accounts, “have we progressed”, etc. etc. (have I forgotten anything) an endless bitchfest. Not even mentioning the fact that we have a “homeless pirate superfan” who’s now allegedly charging actual real money for autograph’s off kids (I hope it’s kids, it couldn’t be adults? could it? Surely not… either way, it sounds like a case for the Inland revenue at the very least)

Anyway, I’ll leave you with a transfer related story that is ALL FACT.

There is a large breed of fish in North Eastern Australia that the locals know as The Jim White fish. The reason – the fish return in their thousands to the reefs around it’s coasts to breed every year on the 31st of August, and at around 10pm on that night and for the following 2 hours the ocean becomes a hazy cloud of sperm, a bit like the Sky Sports Studio’s on transfer deadline day – Hence the name The Jim Whites – FACT.

The other Jim White is an imposter

I hope that kept your mind off transfers, even for 5 minutes.

Answer to ‘Woody’, as normally when ‘John’ is used, it means I’m in trouble for something..

I took my time deciding, didn’t follow the mainstream, and definitely chose wisely…

I let the club choose me, and didn’t let other people’s views or successes choose my club for me..

Seen the good times, the great times and the bad and really bad…

And strangely, enjoyed all of them, as you can only relish the good and great after you taste the bad…

Thats why I try to keep on the level-headed side of things, when things don’t go our way,

… and they WILL arrive…

Wenger has to decide ‘who plays where?’ Certainly right wing & beside Le Coq, before making signings
Corporal Jenko one of a few bright spots for Hammers – A Gooner’s View of Other Clubs of the 2014-15 Season Part 4