It must be said the game on Saturday was incredibly frustrating and it’s certainly fair for us to feel hard done by but I really didn’t expect anything from the game regardless, we wouldn’t have taken anything in the end I’m certain, there’s no way of proving this but Wenger’s poor record against Jose is definitely something to go by.

After the most recent actions of Arsene Wenger that have really sealed my ever decreasing opinion on him as Arsenal manager, I’ve made life a lot easier for myself as a supporter simply by expecting less.

Once you remove yourself from the yearly blame culture and constant finger pointing at things other than the players/coach that decided the game, you honestly realise how pathetic Gooners look as a fanbase bemoaning refereeing decisions every year, it’s okay every once in a while but we whinge far too often, a mentality that stems from Wenger

I used to get wound up by Mourinho’s dig at our club labelling us ‘cry-babies but it’s hilarious to hear now because it’s so valid when you see it from an unbiased view.

Arsene Wenger is a good manager but an extremely poor coach, it’s quite frightening.

If you expand your football viewing to what’s being played oversees you wouldn’t believe how so far behind Wenger is as a tactician and honestly you probably would acknowledge that he’s not the right coach for us anymore.

Football has evolved massively and it takes so much more than Arsene’s ‘I trust you, just express yourselves’ philosophies to succeed, especially in Europe. 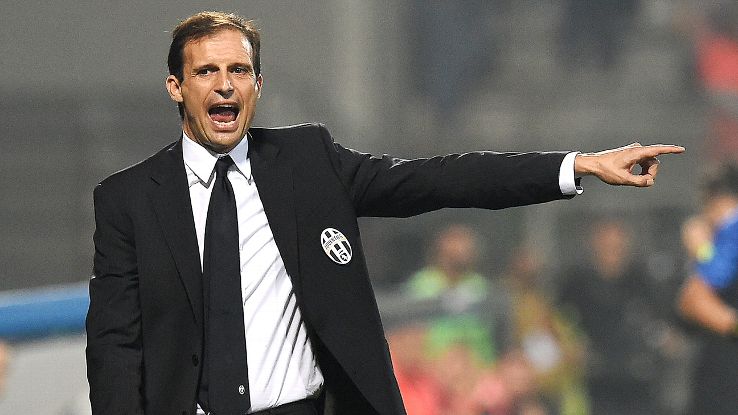 The likes of PSG, Juventus, Roma etc.. are extremely well coached and tactically drilled these are clubs we should be level with for now, I don’t see the productivity in comparing us with the elite such as Barca/Real/Bayern who are streets ahead.

These teams really do build from the back, left to right, with all their players having designated roles in the team, all play at a specific tempo so that rotation in personnel goes as smoothly as possible. We recently saw that the changes we made against Zagreb had us looking like a completely different team in mid-week and it’s not the players that can be blamed.

It says a lot when despite the quality and dynamism of central based midfield players Arsene has only found success with a 4-2-3-1 or flat 4-4-2 formation. He’s a very average strategist.

No real relationship on the pitch yet

We don’t have an identified style of play anymore; we barely have any established combinations in the side. Our 2 star players (Alexis & Ozil) have a relationship on the field which is completely non-evident; both of these players share similarities with Silva-Aguero yet are nothing like them in link-up play.

We haven’t had an established combination since our left-side of Cole-Pires-Henry, we’ve had players link up well here and there but not to the extent where it’s a certified tactic and 1 that makes it hard for the opposition but whenever one starts to grow, Wenger breaks it up immediately. 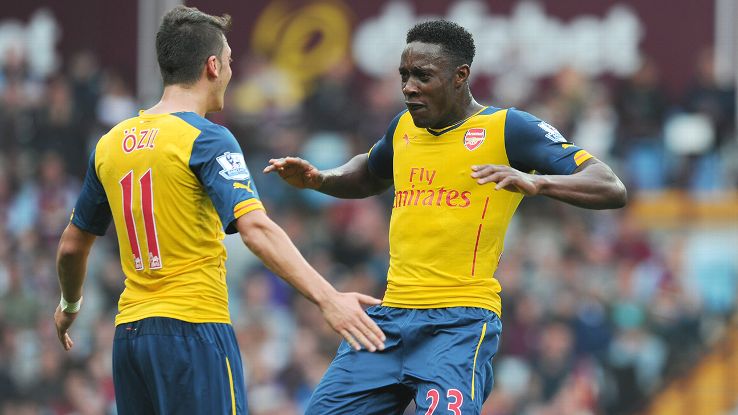 Good early signs but not allowed to develop

Alexis-Welbeck-Ozil for example Mesut and Welbeck did quite well with each other last season as did Welbeck and Alexis beforehand being able to fluidly switch roles and hound the opposition. I see potential there between the 3 but Wenger hasn’t allowed it to flourish to compensate for Giroud who really doesn’t combine well with either of our 2 record signings.

Anyway Welbeck is unavailable and nothing can be done with that particular situation for the moment.

If you decide you’re going to be rotating CF’s throughout a season, they really have to be of sufficient quality to succeed. Real used to do it with Higuain-Benzema both of whom are better than our current options. City did it with Aguero/Dzeko, last season Chelsea utilised it successfully with Remy/Costa to an extent.

Just not good enough to rotate

Giroud & Theo really don’t have the quality to rotate with each other successfully over the season, both are momentum players and need a good run of games to find their rhythm, we can’t just throw 1 into a crunch game against Chelsea and expect fluidity. Arsene’s better off picking his no. 1 between them and relentlessly placing faith in that player (preferably Theo).

Arsene still doesn’t know his best team, for a while he stumbled across a winning team (the latest one used) but I was never convinced it was our best simply because our football has been appalling and many players are playing out of position within it – Theo at CF, Cazorla at CM, Ramsey at RM.

Wenger forcing issues and not getting best from players

I don’t like those roles for any of those players to be completely honest, they’ve all proven themselves to be better in other positions but Arsene is forcing things.

Wenger can also no longer get the best from his players, Wenger is yet to design a team to Ozil’s strengths, Alexis hasn’t mixed up his game, Ramsey looks poor out wide etc… It’s quite depressing that this abundance of talent is being wasted and squashed together with no forward planning.

I’m trying to avoid a frustrated rant, just focussing on the harsh reality we’re in and why we’ll never win the most prestigious trophies under Arsene, he’s simply been left behind and shown naivety on too many occasions.

I’ve hardly focussed on the match because this isn’t a reactionary article. I expect more than enough post-match reaction from elsewhere anyway but what must be said is the result wasn’t surprising and with Wenger having the chance to pin the final nail in Jose’s coffin, as far as the league is concerned, it was obvious that opportunity was just never going to be seized.

All to predictable sadly

Everything is all so predictable at Arsenal I’m afraid.

I am Subomi. An Arsenal supporter throughout my lifetime currently in my early 20’s. I am a graduate of West London’s Met Film School and an aspiring screenwriter. I do like to write about various topics that interest me and that tends to swing towards matters concerning Arsenal, it’s a passion of mine.

16 Responses to Is Mike Dean to blame for a Decade without a Title or is Arsene?